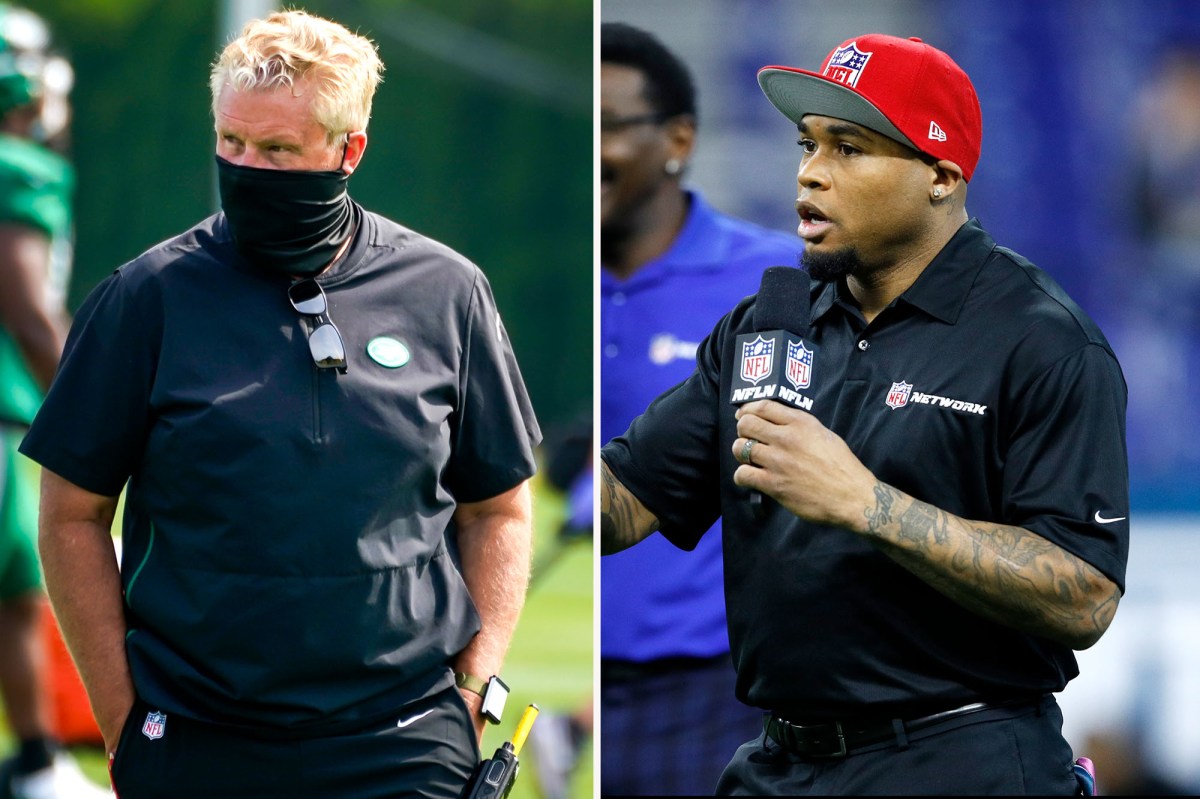 Steve Smith piled on Gregg Williams and kept coming late, just like many of the Jets defensive coordinator’s players did Thursday night.

After the Jets lost another brutal game, 37-28 to the Broncos with six personal fouls, Smith railed against Williams for his players’ lack of discipline, saying it stems from the top of the unit.

“Wherever [Williams] goes, the nonsense follows,” Smith, the former wide receiver and current NFL Network analyst, said on the postgame show Thursday night. “That’s how he runs his defense and that’s how he does it, straight up. I’m not saying you have to believe me, I’m saying I’m willing to put myself out there and call a spade a spade. That’s what Gregg Williams has always done, that’s who he is and that’s what he preaches. Till something else changes, I see it for what it is.

“If it smells like a pig, it looks like a pig and it’s oinking? Then guess what my friend? It’s a pig.”

Williams, of course, is best known for his role in the Saints’ Bountygate scandal. While he was the defensive coordinator in New Orleans from 2009-2011, the Saints were found to have run an illegal bounty fund that paid players cash for injuring opponents. A league investigation concluded that Williams administered the program and he was suspended for nearly a year.

Smith was a receiver for the Saints’ NFC South rival Panthers during that time, so he said he was speaking from experience when he pinned the Jets’ personal fouls on Williams, not head coach Adam Gase.

“I don’t think that’s an Adam Gase thing,” Smith said. “Just [like] playing for the Carolina Panthers and playing against the New Orleans Saints [is] not a Sean Payton deal. That’s a Gregg Williams deal. That’s what he’s always known for. That’s what he wants his players on defense to be. I know probably some people are saying, ‘How can you say that?’ I played against Gregg Williams a number of times.

While falling to 0-4 on Thursday night, the Jets committed 11 penalties for 118 yards. Three of them were roughing the passer penalties, including one by Steve McLendon in the final seconds after Broncos quarterback Brett Rypien threw a pass on fourth-and-13. Two more were for unnecessary roughness by members of the defense.

“The penalties were just, they were brutal,” Gase said. “When we did hit them, we him ’em too late. We were getting personal fouls. It was ridiculous.”