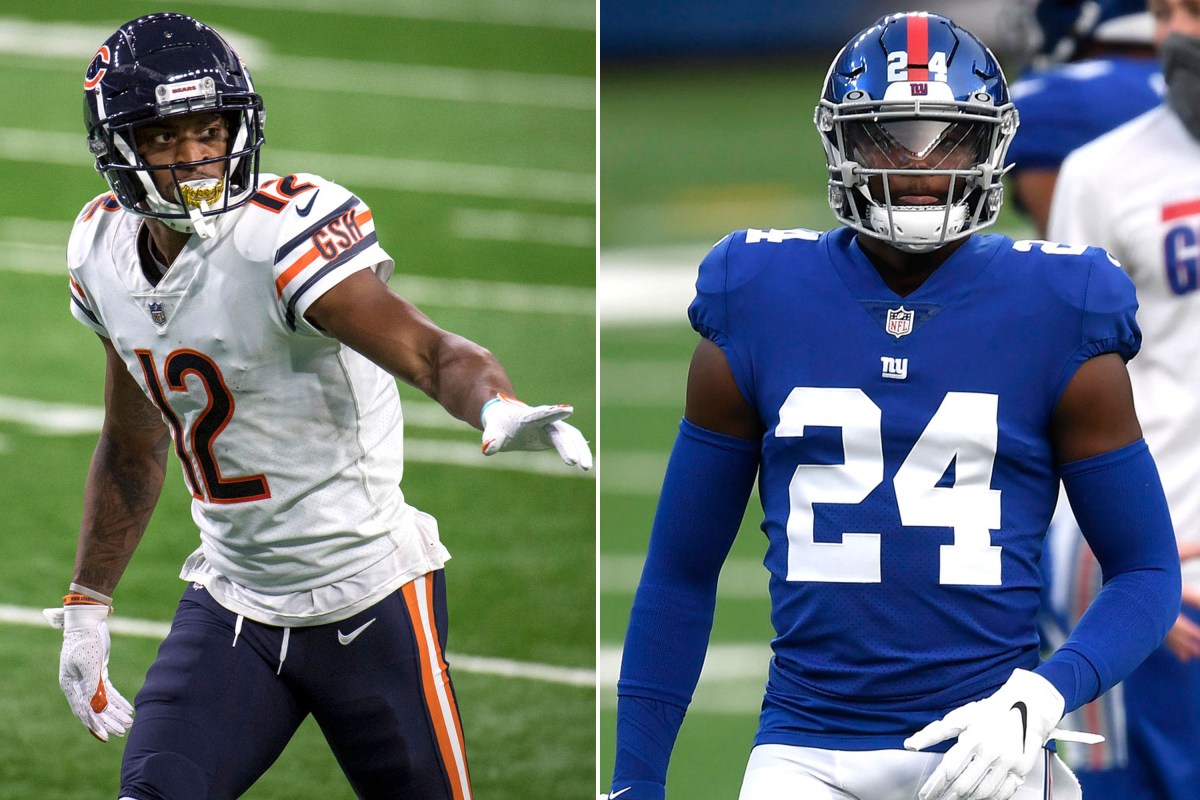 Given what comes next (49ers, at Rams, at Cowboys), this might be the only soft landing spot in the first five weeks. There is nothing overly frightening about the Bears and certainly nothing overly impressive with the Giants. Until they win a game, why go with them?

There were rumblings last week Robinson, disgruntled with his contract status, either asked to be traded or at least inquired about moving on. He is in the final year of his three-year, $42 million deal and is the 14th highest-paid wide receiver in the league. He is coming of a sensational season (98-1,147, seven TDs), and in the season-opening 27-23 victory over the Lions caught five passes for 74 yards and one touchdown. He is long (6-foot-2) and quick. This assignment is why the Bradberry got the big bucks.

“Your best cover guy, is he best suited to cover their best player?’’ defensive coordinator Patrick Graham said. “We’re always trying to put our guys in the best spots.’’

Slay ride: Is it time to consider Darius Slayton a No. 1 receiver? Since Week 5 last season, he has more receiving touchdowns (10) than any player in the league. Slayton and Daniel Jones as rookies displayed instant chemistry, and it was more of the same last week, when Slayton (6-102, two TDs) was a force against the Steelers. Jones targeted him nine times.

“Definitely being open helps the quarterback be more inclined to throw the ball to you, of course,’’ Slayton said. “I definitely think I’m off to a great start this year. Obviously, the goal is to be consistent and to keep building on this throughout the rest of the year.’’

The 41-yard hookup would have brought the house down, if there were any fans at MetLife Stadium.

“It was a little weird scoring a touchdown and it was like crickets,’’ Slayton said.

What a Mitch: His team trailed by 17 points heading into the fourth quarter and once again, the Mitch Trubisky Watch was on. This is the guy the Bears selected in the draft with Patrick Mahomes and Deshaun Watson still on the board? Disaster was averted when Trubisky picked an opportune time for his finest hour. He threw three touchdown passes and completed 8 of 10 passes in a wild final quarter to spark the comeback victory, staving off the challenge from backup Nick Foles, for now. Trubisky is the first quarterback in franchise history with three TD passes and no interceptions in a season-opening game.

Line dance: Lo and behold, two Giants defensive linemen (Leonard Williams and Dexter Lawrence) both got sacks vs. the Steelers. It helped that they flip-flopped sides from time to time, the veteran Williams willing to accommodate the younger Lawrence.

“After we flop sides, we’ll say if you’re on the right side and you’re feeling better than you are on the left side, let me know and I will let you work the right side more,’’ Williams said. Watch for more of this improvisation going against the Bears offensive line.

On the road, again? Road trips during normal seasons are buttoned-down affairs for NFL teams, for the most part. Road trips in the age of COVID-19 are circle-the-wagons, quarantined weekends. The Giants were sequestered in a hotel last week before their Monday night home game, but with the charter flight added in, this is different.

“I’m going to be honest with you, I don’t have a lot of concerns about the actual logistics of our team traveling,’’ coach Joe Judge said. He is actually looking forward to it. “I love these early games. I like waking up on the road and just getting up and going to play, getting out there and going to see the opponent. I think we’re going to be fine on that’’

‘Grief Comes Out the Clear Blue’: The Death of Kobe, the Father