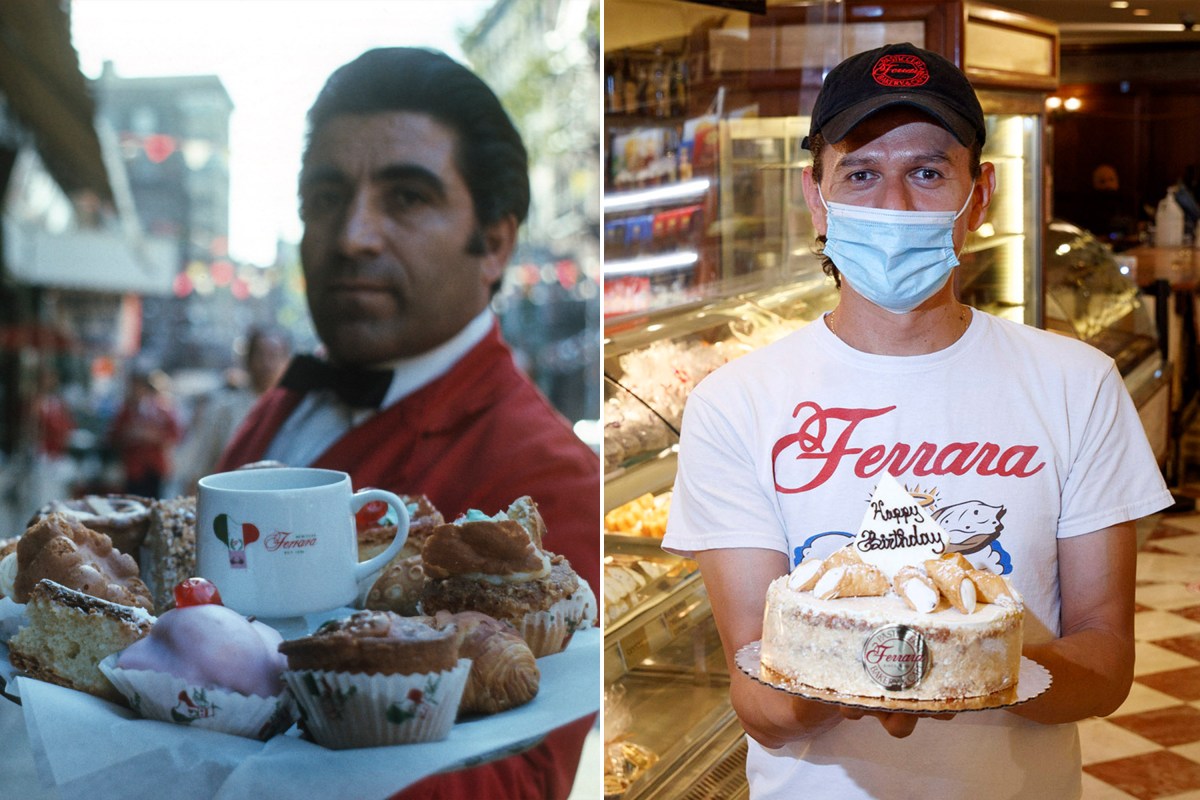 They survived Hurricane Sandy, 9/11 and even the 1918 Spanish flu. Now New York’s oldest and most storied restaurants, bars and cafes are struggling to survive the coronavirus pandemic.

Naysayers feared that the city was on the cusp of losing its most beloved eateries when COVID-19 shuttered restaurants. After all, 87 percent of NYC bars and restaurants couldn’t pay rent in August and more than half of US restaurant closures are now permanent due to the coronavirus. And even though 25 percent capacity indoor dining returns on Wednesday, many still worry that the reopening phases are too little too late.

But these institutions are nothing if not resilient: Neir’s Tavern in Queens, age 190, almost closed earlier this year, but has forged a renaissance with outdoor seating. The oldest restaurant in Chinatown, which just turned 100, Nom Wah Tea Parlor pivoted to frozen dumpling sales while closed. And 101-year-old Arthur Avenue staple Mario’s is now helmed by the next generation after owner Joseph Migliucci passed away from COVID-19.

Turns out that after enduring a century or more of ups and downs, the city’s most enduring restaurants are also its most adaptable. Here’s how eight historic mainstays have kept serving New Yorkers despite the hardships of the last seven months.

Fraunces Tavern served as George Washington’s headquarters during the Revolutionary War. From America’s earliest days into the 21st century, the watering hole had weathered battles, crises and other storms over its mind-boggling 258-year history.

Still, COVID-19 has been a real challenge for the pub, located at 54 Pearl St. in the oldest part of Manhattan: the Financial District.

Owner Eddie Travers told The Post that, besides outdoor dining with live music, he’s implemented a slew of creative measures to keep the business afloat.

“We are doing delivery for the first time,” Travers said. “We are turning one of our five bars into a bottle shop where you can pick up rare craft beers. We are going to sell merchandise [like T-shirts], and we are going to bring out a Fraunces Tavern whiskey, crafted by a local distiller. We are maximizing what we do outside of our four walls.”

To prep for the return of meals indoors, Travers added that he has installed an “ozone technology” air filtration system as well as sprayed a protective coating that prevents the virus from living on surfaces.

“It’s a beautiful bar and such an iconic building,” Travers said. “The conversation that started this country happened here, and it’s important for people to visit us and keep in touch with our country’s roots.”

At 72 W. 36th St., Keens is the sole survivor of the old theater district around Herald Square, where cinemas and stages were once as popular as in its neighborhood to the north, Times Square. And Keens’ famed pipe club — which still boasts the largest collection of churchwarden pipes in the world — counted the likes of Teddy Roosevelt and Albert Einstein among its members.

Its 19th-century charm was its strength. But without indoor dining, Keens has struggled to adapt.

“We aren’t really a takeout restaurant,” said Bonnie Jenkins, the restaurant’s general manager. “Prime meat is expensive, and Keens is about the experience of being in this old building.”

Nevertheless, when Keens reopened in June with its first foray into outdoor dining, they also kicked off new takeout and delivery services. Since then, the steakhouse has expanded its offerings, selling choice cuts of meat butchered in-house as well as branded merchandise via Goldbelly. Jenkins said she’s been surprised to see orders from as far away as Texas.

“We had always talked about shipping our meats, but suddenly it became a necessity,” said Jenkins. “It’s dark times, but Keens has meant a lot to generations of customers, and it has a loyal following.” 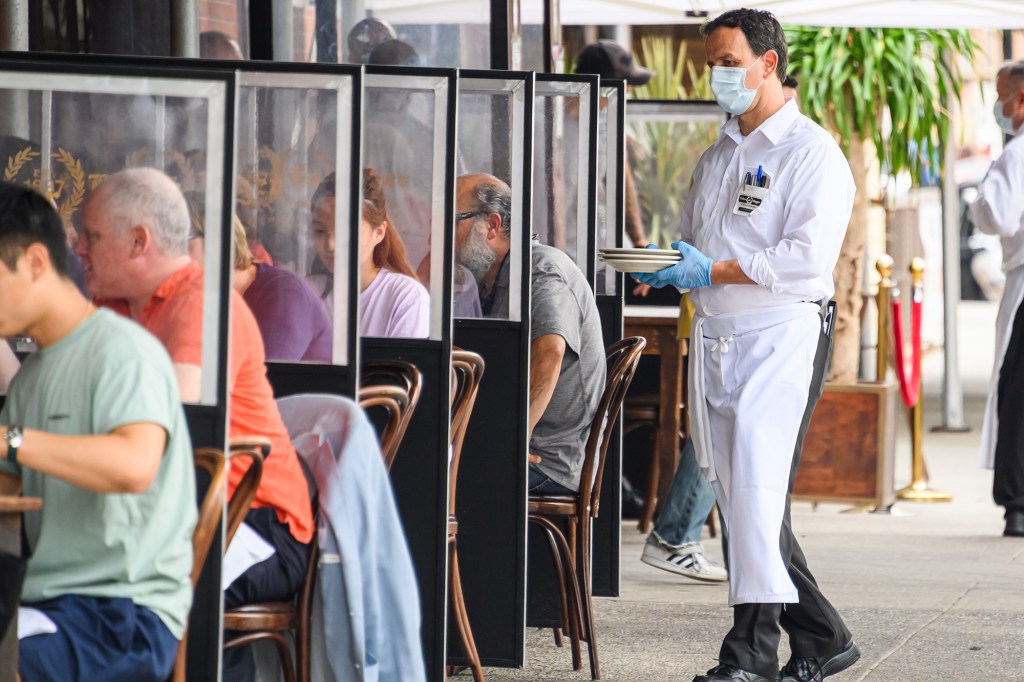 
“It was definitely the most challenging undertaking of my life,”…

When Peter Luger reopened in May, co-owner David Berson said he knew that to stay alive they’d have to make changes — which, for a 133-year-old restaurant steeped in tradition, is never easy.

They added a hamburger, formerly a lunchtime-only item, to the dinner menu. They began doing takeout and delivery. They switched to less stately, single-use paper menus. They added outdoor seating with oversize dividers on the sidewalks around their location at 178 Broadway in Williamsburg.

But most dramatic of all, the longtime cash-only business switched to (gasp!) credit cards.

“In times of crisis, you want comfort,” said Berson. “Our staff and clientele has been with us for decades. Our menu doesn’t change. That’s the fabric of Peter Luger. And the best thing people can do to continue that is to come eat with us.” 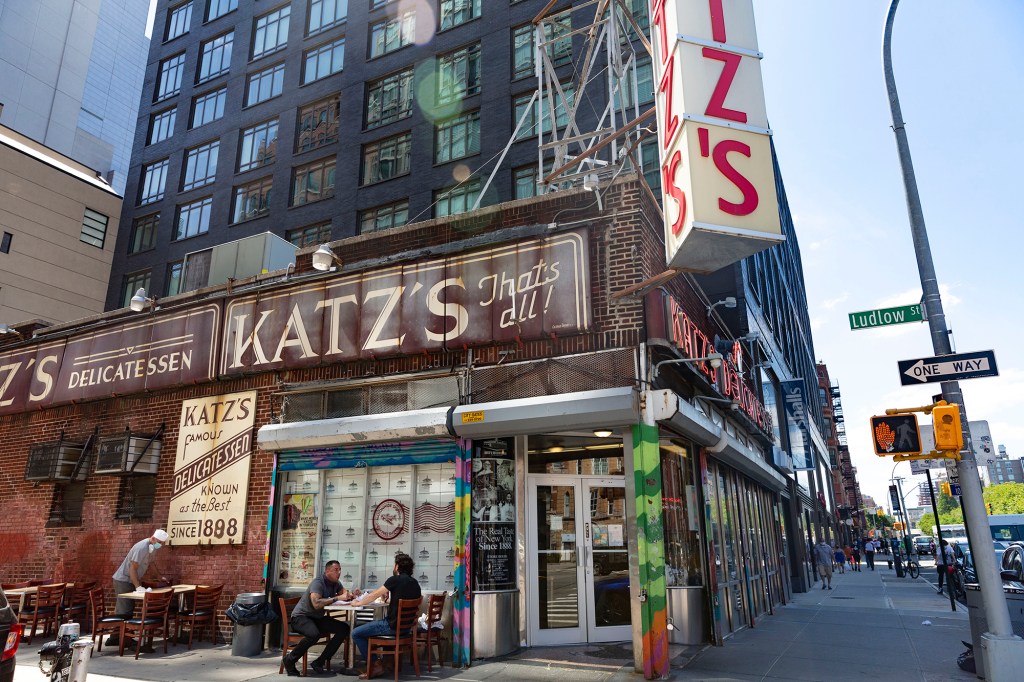 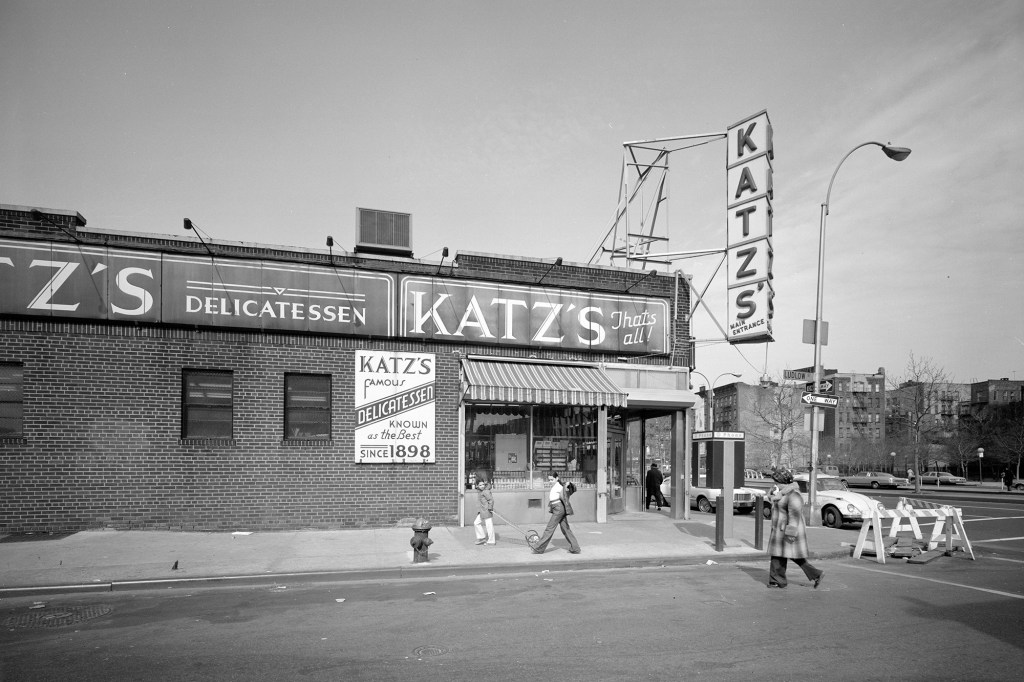 
“It was definitely the most challenging undertaking of my life,”…

The city’s most well-known Jewish deli has been slinging pastrami at its landmark Lower East Side location for 132 years.

But since the pandemic landed, Katz’s has seen its business shift almost entirely to shipping and delivery — not just to New Yorkers but nationwide.

To make that work, the deli recently launched its own delivery platform to compete with pricey third-party services.

“We ship to all 50 states, and we brought delivery back in-house the way it used to be,” said owner Jake Dell, noting that unlike many restaurants who are just now pivoting to delivery, Katz’s has shipped its fare since World War II. “It’s what’s allowing us to weather the storm.”

Dell added that Katz’s fans can support the restaurant — whose brick-and-mortar location at 205 E. Houston St. has spaced out the meat butchers along its iconic long counter and separated tables for indoor dining when it resumes — by ordering a sandwich for themselves or a friend.

“It all starts with food,” said Dell of Katz’s staying power. “The food has to be great. But it’s also about the experience. It has to be memorable and nostalgic.”

Most restaurateurs are chomping at the bit to resume indoor dining. Not Ernest Lepore, the fourth-generation owner of Ferrara at 195 Grand St. in Little Italy.

“Business is lousy,” Lepore said. “We’d love to open, but we are in an 1850 building. The bathrooms are on the second floor. There is no way to social distance on the staircase. It isn’t safe.”

Ferrara, which helped introduce cannoli and espresso to the United States, is also making big changes that will hopefully keep the historic restaurant afloat, including introducing savory items like meatballs and lasagna for the first time ever.

“We all have a great love for Ferrara,” Lepore said. “But most importantly we need people to come out and support Little Italy. This neighborhood is America.”

Whether you like your pint light or dark, East Village pub McSorley’s is a New York City staple. But it experienced its longest closure ever in its 166-year history due to COVID-19.

While the bar is offering takeout food and growlers of their signature beers for the first time ever, de la Haba says that the heart of McSorley’s is about camaraderie, and he’s looking forward to reopening for indoor service — complete with absorbent sawdust covering the floor and plates of cheese, crackers and onions — at 25 percent capacity.

“McSorley’s is more than just a bar,” de la Haba said. “It’s more like a community center. Our message is: Get out your cash and go to your local bar or restaurant and support them. Share the love.”

For 124 years, it was VIPs only at Rao’s, often named Manhattan’s most exclusive restaurant. Ironically, it took a pandemic to give plebs a taste of what the made men eat.

In June, the restaurant made its full menu of red-sauce classics available for takeout for the first time.

But don’t expect the ease of Seamless. The clubby restaurant — where historically each of its 10 tables is “owned” by a well-connected, longstanding customer each day of the week — is only dishing out a portion of its full menu of pastas, meatballs, fried clams and more for pickup at its East Harlem flagship at 455 E. 114th St. (And no, delivery is not available.)

To get a piece of the action, send a text message to Rao’s manager Marc Mel at 646-200-1787 for the day’s offerings and more information. Naturally, it’s first come, first served — and they do run out.

From nickel hot-dog stand to fast-food giant, Nathan’s is synonymous with Coney Island fun. But this summer, there were no tourists at the beach.

“It had an impact,” said James Walker, senior vice president of restaurants at Nathan’s. “If there is a silver lining, it’s that the guests who came were mostly locals. We love our local New York City guests.”

Nathan’s was already in the process of expanding its presence on delivery platforms like Grubhub, Uber Eats and Goldbelly before COVID-19 struck, and managers used the time the mini chain was closed to work on those efforts. But they still had to rush to install Plexiglas and update safety protocols at their iconic flagship at 1310 Surf Ave.

Perhaps surprisingly, Nathan’s is also pushing non-frankfurter options. Walker recommends that locals support the institution by buying their New York cheesesteak, with meat from Pat LaFrieda and a Balthazar bun, because it supports three NYC businesses at once.

“Our focus on service, focus on product quality and focus on speed of service has never changed,” Walker said. “That has allowed us to weather the mortgage crisis, other downturns and at least the second major pandemic the brand has been through.”