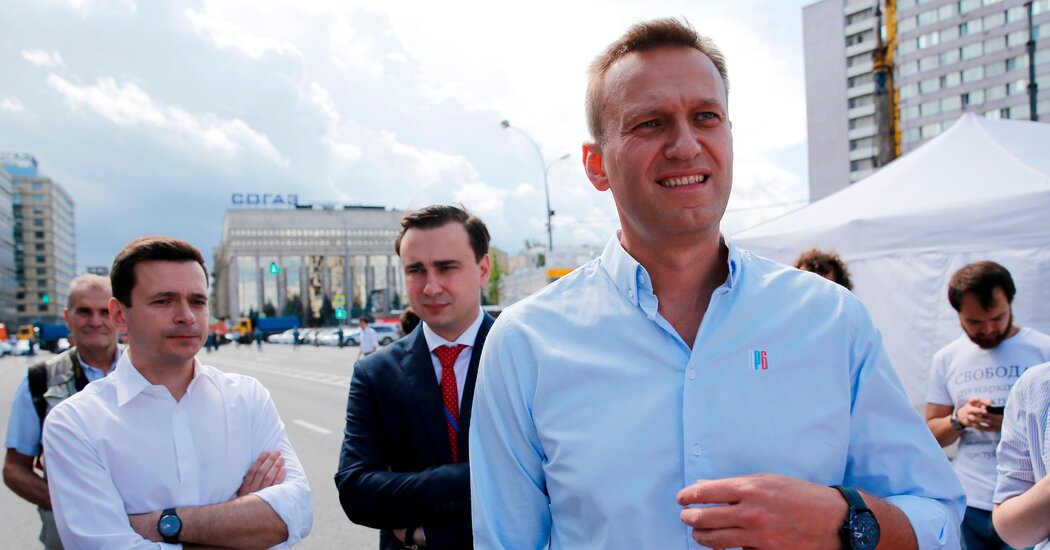 The official said that while it was important to send a message that Russia’s behavior was out of line, it should not come at the expense of continued negotiations on issues like the wars in Ukraine and Syria, where Russia is a key player.

“This is a terrible thing, we have to sanction it, but it will not lead to a totally new Russia policy,” the official said, speaking on condition of anonymity to talk candidly about internal deliberations. “The hard reality is: We need Russia on Ukraine, Libya, Syria. We don’t want everything to collapse.”

Mr. Navalny’s recovery could also influence the eventual response. Though he was brought out of a medically induced coma last week, his doctors have not ruled out long-term complications.

Traces of the poison were found in samples taken from Mr. Navalny at the hospital in Berlin but also, crucially, on a water bottle that had traveled with him from Russia, German officials said. They have rejected Moscow’s demand for “proof” that Mr. Navalny was poisoned inside Russia, noting that the Russian authorities had taken their own samples and confiscated dozens of objects before he was flown to Germany.

“They have their proof,” one official said.

Within Russia, Mr. Navalny hoped to capitalize on discontent over Russia’s economic slump and the coronavirus pandemic. Support for Mr. Putin has softened in recent years and dropped even further this year, said Denis Volkov, deputy director of Levada, an independent polling organization.

Russia’s political system enforces support for Mr. Putin on a national level but allows more diversity in local elections — an opening Mr. Navalny tried to seize to loosen the grip of the governing United Russia party. He encouraged the fractious opposition to unite behind a single candidate in each race.

In Novosibirsk, United Russia won 22 or 23 seats of 50 council seats, according to preliminary results, with one race still contested. That is down from 33 seats. Mr. Navalny’s regional representative there, Sergei Boiko, and other opposition figures won council seats despite the poisoning of their leader, a stink bomb attack on Mr. Navalny’s office in the city and allegations of ballot stuffing.