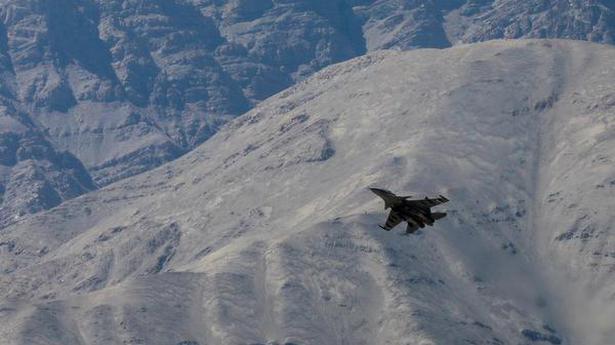 The September 10 meeting between the Foreign Ministers of India and China will provide the “political impetus” to ease the tensions along the Line of Actual Control (LAC), China’s envoy to India Sun Weidong said on Monday.

External Affairs Minister S. Jaishankar and his counterpart Wang Yi agreed a “five-point consensus” in their meeting in Moscow on Friday, including to quickly disengage troops and abide by existing agreements.

Tensions, however, have still remained high on the LAC with troops still in close proximity, particularly on the heights south of Pangong Lake and in the Chushul sector. The south bank had witnessed firing incidents on August 30 and September 7, the first incidents of firing along the LAC since 1975. Since the September 10 meet, there has been a freeze on movement and activity along the LAC, The Hindu reported on Monday, though there are, as yet, no signs of disengagement.

Mr. Sun, the envoy, said the five-point consensus “is an important step towards the right direction and will provide political impetus to ease the border situation and promote the bilateral relations,” in a statement issued by the Chinese embassy in New Delhi in response to queries.

“Regarding the future development,” he said, “the two Foreign Ministers agreed that as the situation eases, the two sides should expedite work to conclude new confidence building measures to maintain and enhance peace and tranquillity in the border areas. The way ahead for solution is very clear.”

Besides the five-point consensus, both sides issued separate statements following Friday’s talks that underlined differences remained on several issues. China has continued to blame India for “illegal trespassing” and for firing first — claims Mr. Sun repeated in Monday’s statement, that have been strongly denied by Delhi.

Delhi has said that since May, it was China that has violated several past border agreements by mobilising a large number of troops and seeking to unilaterally redraw the LAC in several areas in Ladakh, from the Depsang plains and Galwan Valley to Pangong Lake and the Gogra-Hot Springs area. A June 15 clash in Galwan Valley led to the deaths of 20 Indian soldiers and an unknown number of Chinese troops.

Friday’s five-point consensus did not mention a return to the status quo prior to May’s transgressions, which India has made clear has to be fulfilled to fully restore peace on the LAC.

Mr. Sun noted both sides “demonstrated political will to resolve the border situation”, and quoted Mr. Wang, the Foreign Minister, as saying in the meeting “the imperative is to immediately stop provocations such as firing and other dangerous actions that violate the commitments made by the two sides”.

“It is also important to move back all personnel and equipment that have trespassed,” he said. “The frontier troops must quickly disengage so that the situation may de-escalate. The Chinese side supports enhanced dialogue between the frontier troops on both sides to solve specific issues, and will stay in touch with the Indian side through diplomatic and military channels.”