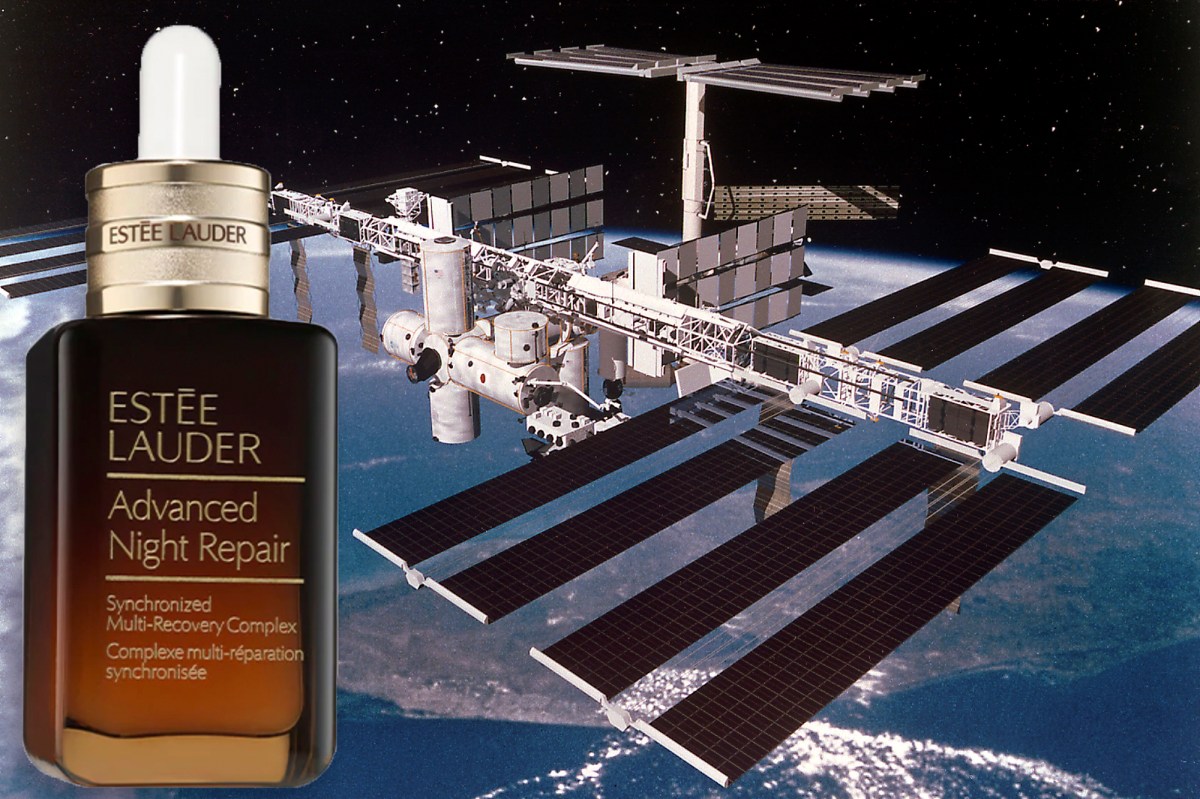 When it comes to cosmetics, Estée Lauder is aiming to be out of this world.

NASA and the international beauty conglomerate are teaming up to produce a new ad campaign filmed at the International Space Station, soaring some 250 miles above in Earth’s orbit.

A NASA spokesperson confirmed on Thursday that as many as 10 bottles of Estée Lauder’s popular “Advanced Night Repair” serum will launch into space at the end of this month aboard a Northrop Grumman Cygnus spacecraft, New Scientist reported, along with four tons of cargo for galactic research.

The space agency’s own astronauts have been charged with filming “imagery and video” of the products in their weightless environment aboard the ISS. The brand will use that footage for upcoming ads and other promotional materials. However, the astronauts won’t personally star in the campaign due to NASA’s ethics policy, which bars them from official brand endorsements.

Phil McAlister, director of commercial spaceflight development at NASA, pledged to “[dedicate] a modest amount of crew time — just 5% — to commercial and marketing activities,” according to CNN Business.

“I’m a risk-taker,” said Estée Lauder president Stephane de la Faverie while on a panel at the American Institute of Aeronautics and Astronautics’ Ascend Summit last month. “That tends to basically come with ideas that are a little bit, you know, outside of the normal, traditional ways of doing marketing,” he said.

Technically, this wouldn’t be the first time a commercial was produced in space. Several international brands have organized such marketing stunts, including Pepsi and Pizza Hut.

However, it is being considered one of the most “high profile” commercial projects to be produced by Americans on the ISS.

The campaign comes amid a push by NASA execs to commercialize space travel for revenue to help finance future deep space exploration, following decades of congressional defunding since the Apollo missions. The Trump administration has recently encouraged NASA to examine ways of “catalyzing and nurturing” the US economy, according to the agency’s website.

Earlier this year, Tom Cruise and NASA Administrator Jim Bridenstine announced that the daredevil actor had signed on to produce a film aboard the ISS, the timeline of which has not been revealed.

google: Google Search is getting these new features – Times of India

‘I Forget About the World:’ Afghan Youth Find Escape in a Video Game