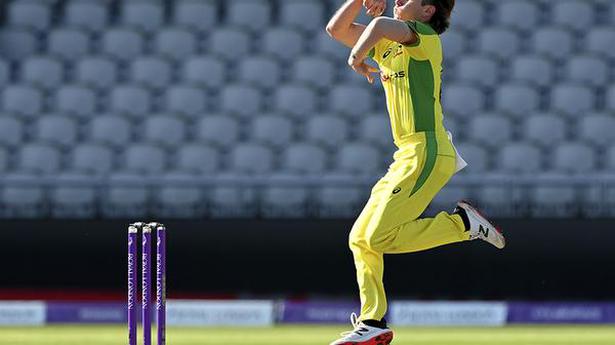 Adam Zampa proved a thorn in England’s side again as Australia restricted the World champion to 231 for nine in the second One-Day International at Old Trafford on Sunday.

The leg-spinner took three for 36 from his 10 overs to follow his four for 55 during Australia’s 19-run win in Friday’s first of a three-match series.

England captain Eoin Morgan top-scored with 42 (5×4) but could not prevent his side slumping to 149 for eight in the 41st over.

But a partnership of 76 between the recalled Tom Curran (37) and Adil Rashid (35 n.o.) kept England in the game.

Morgan, having called for England to play on the kind of slow pitches it can expect when the next T20 and 50-over World Cups are staged in India, saw his top-order struggle to time the ball on a relatively sluggish track against a disciplined Australia attack after he won the toss.

If Australia, which decided against recalling Steve Smith after the star batsman missed Friday’s match with a concussion injury, win, it will inflict England’s first defeat in a bilateral ODI series since a 2017 reverse in India.