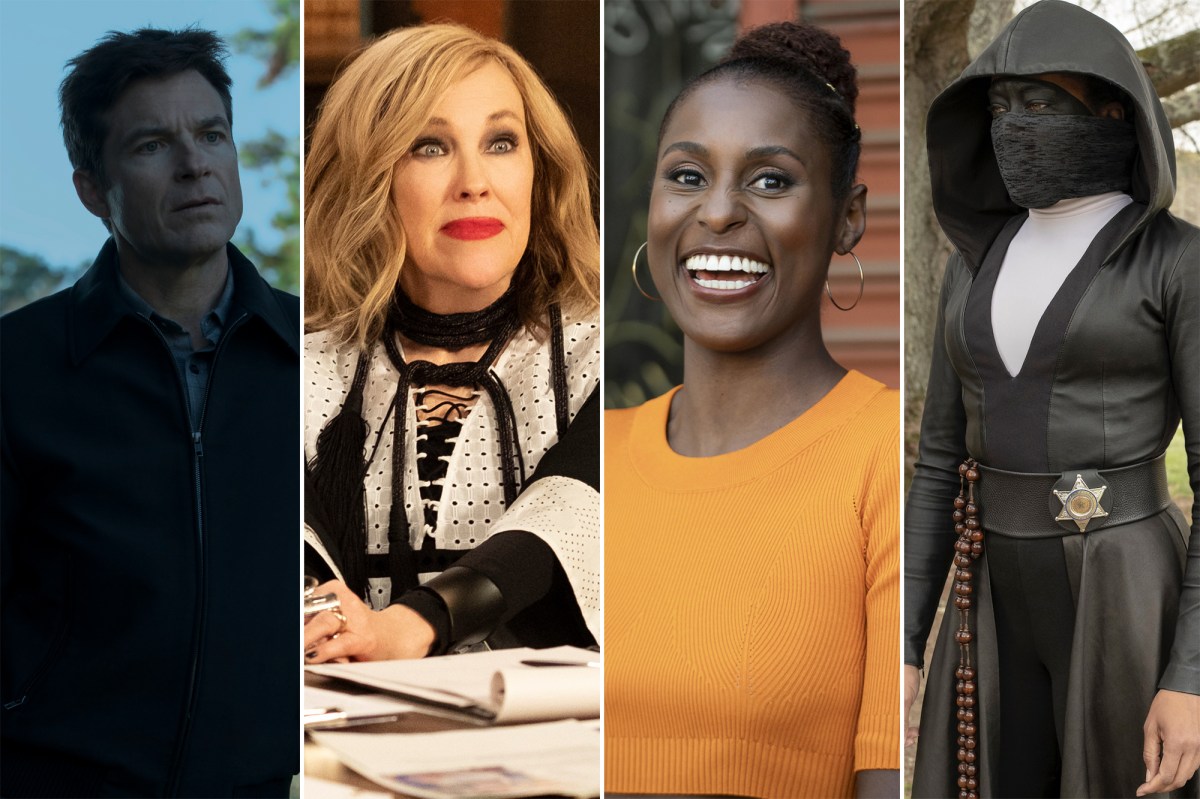 It’s that time of year again, when the television industry celebrates its best and brightest with the 2020 Emmy Awards.

This year’s ceremony will be radically different, of course — can you say “pandemic?” — but host Jimmy Kimmel and crew will soldier on with a telecast conducted remotely.

But that doesn’t mean there won’t be the nail-biting envelope-opening (how will that work?) and the crowning of winners in many major categories.

Here are my picks for who will be (virtually) rewarded with a prime time Emmys statuette Sunday at 8 p.m. EST, 5 p.m. PST on ABC.

I feared it ran out of steam after two seasons, but Season 3 was riveting: gripping, edge-of-your-seat drama with a twisty season finale that took the series in a completely different direction.

“What We Do in the Shadows” should win here — I’ve been a fan of its off-kilter humor since Day 1 — but “Schitt’s Creek” was an industry darling in its final season and will walk away with a statuette.

It’s a shoo-in: The alt-history, socially conscious superhero series starring Regina King was an immediate critical and viewer hit — racking up a whopping 26 nominations and walking off with several Creative Arts Emmys (the ones you don’t see on TV).

This is a race between Brian Cox and Bateman. I’m going with the latter for his steady work as unflappable, devious, win-at-all-costs Marty Byrde.

Yeah, yeah, I know, she’s this year’s out-of-the-box pick — but Aniston can win her first Emmy in a surprisingly weak field vis-à-vis originality (that’s you, Olivia, Jodie and Sandra).

I’m going to jump on the “Schitt’s Creek” bandwagon and go with this true pro, who was terrific through the entire run of the series. He deserves to be recognized for his years of solid (and very funny) work.

She’s struck a chord among younger viewers by wrapping her perspectives on friendship, dating and life in general into one funny, poignant package.

He’ll ride the “Schitt’s Creek” popularity train to victory. That being said, he was very funny as savagely snarky David Rose, who was, by the series finale, humanized by his down-to-earth husband Patrick (Noah Reid).

Boop! Her dim-bulb, fish-out-of-water Alexis Rose transformed over the course of the series into, well, a brighter bulb with surprising depth — while keeping us laughing with her cartoonish turns of phrase and mannerisms.

This one’s a tough call, since nominees in the same category (Braun, Culkin and Macfadyen) traditionally cancel each other out. I’m going with Esposito who was, as always, terrific as Gus Fring — a man whose neutral demeanor, as we know all-too-well, masks an evil core. (Esposito is also one of the industry’s nice guys.)

It’s her first nomination — and it’s time this fine actress was recognized for her work as Siobhan “Shiv” Roy in “Succession,” which has everyone talking. I found Streep’s performance extremely grating (the bad prosthetic teeth didn’t help) and she’ll cancel out Dern in a series that did not need a second season. (Samira Wiley barely registered in “The Handmaid’s Tale.”)

Playing identical twins is never easy, even with state of the art film technology — but Ruffalo made it look easy and etched two extremely different portraits of brothers Dominick and Thomas Birdsey in a compelling, bravura performance. This one’s a no-brainer.

Shira Haas will get some votes — “Unorthodox” was good, not great — but expect King to walk away with this one, for all the reasons I noted in picking the series to win for Outstanding Limited Series.

This category makes me feel like Bill Murray in those old “SNL” sketches where he picked Oscar winners: “No one cares.”  “El Camino” was overrated and unnecessary, while “American Son” (starring Kerry Washington and Steven Pasquale) was socially conscious and timely — important to Academy voters.