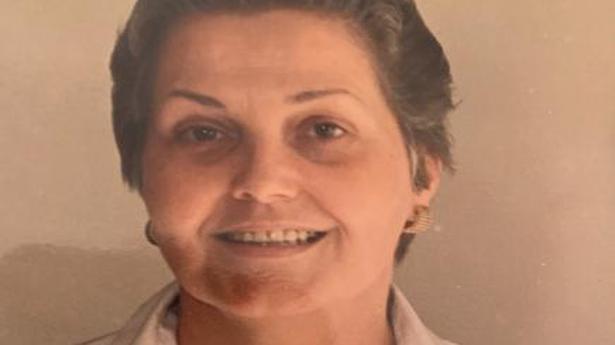 She left behind a legacy that spans the Taj properties. Friends and former colleagues share memories that celebrate the interior designer and art connoisseur

Everyone has a story (or 50) about Elisabetha Kerkar, the interior designer who passed away on September 19 at the age of 82, and who gave Taj Hotels its distinct design identity in the latter decades of the 20th century. For Naomi Menezes, a close friend, it is about a small, weather-beaten, 300-year-old Portuguese map of Goa that Elisabetha had restored, mounted and framed. “She asked me if she could use it in some way. The next thing I knew, it was blown up into an 18 ft x 6 ft print and mounted at the back of Fort Aguada’s Anchor bar,” says the wife of Lenny Menezes, director of Goa’s first five-star beach resort, underlining how Elisabetha had an eye for the unusual.

For Saraswathi Mahadevan, former executive housekeeper at Taj Lake Palace, Udaipur, it is Elisabetha’s fascination with the fading haveli-style wall paintings that she’d discovered while renovating the suites occupied by the erstwhile royal family. “She went to the local market [something she did in every city she visited] and found Suresh, an artisan with the expertise to restore them,” she says, adding how Elisabetha played up each room’s distinctive features, such as the glass inlay mosaic on the ceiling of the Sajjan Niwas Suite — where the maharana is said to have lain on his bed, enjoying the reflection of the moon outside — or the ‘happy’ colours in the Khush Mahal Suite. “She got the team to restore the squares of multi-hued glass in the jharokhas [arched windows at the 18th century palace] so that when the sunlight came in, brilliant oranges, magentas and yellows stained the floors and walls,” she says.

Her vision, her way

But the single memory everyone shares: of Liz as a perfectionist. At 8 am, dressed in trousers and elegant handmade kurtas, she would be at her desk in her large, well-appointed second floor office in the Heritage Wing of The Taj Mahal Palace, Mumbai. By 8.30 am, she would begin work, placing orders with carpenters and tile makers in her accented English, drawing up patterns to send to fabric manufacturers, finalising colour palettes (her handy softboards by her side, with pinned to ensure the suppliers precisely matched the hues picked by her), and overseeing her team of architects and draftsmen as they mapped out floor plans and measured double beds and dining tables for properties under refurbishment. Elisabetha designed the furniture herself, and got them made by hand-picked suppliers.

“You would see her sitting with the painters, telling them the exact percentage of colour to add to get a specific shade. She would even go personally to the Johnson & Johnson tile factory in Mumbai, to give them her designs and sit with them until they got the samples right,” recalls MM Parvathy, who retired as Director Operations for Taj Vivanta and worked closely with Elisabetha when she redid the interiors of the Taj Coromandel in Chennai. Elisabetha kept voluminous handwritten files and maintained “detailed numbered catalogues for everything. So if we told her that a particular drawer in a particular room needed a new handle, she would tell us which number to get.”

Her elephantine memory was legendary. “She used so many artefacts across so many hotels, but she could recall where each one was placed, not just in the public spaces but also in the suites,” says Parvathy, while Mahadevan adds, “Every time she walked into a hotel, she would stand for a minute and scan the lobby to ensure everything was in its place. If anything was amiss, everyone from the general manager on would get a dressing down.” The housekeeping staff ensured “her aesthetic was maintained” by taking photos of each room, and putting them up in their back offices. 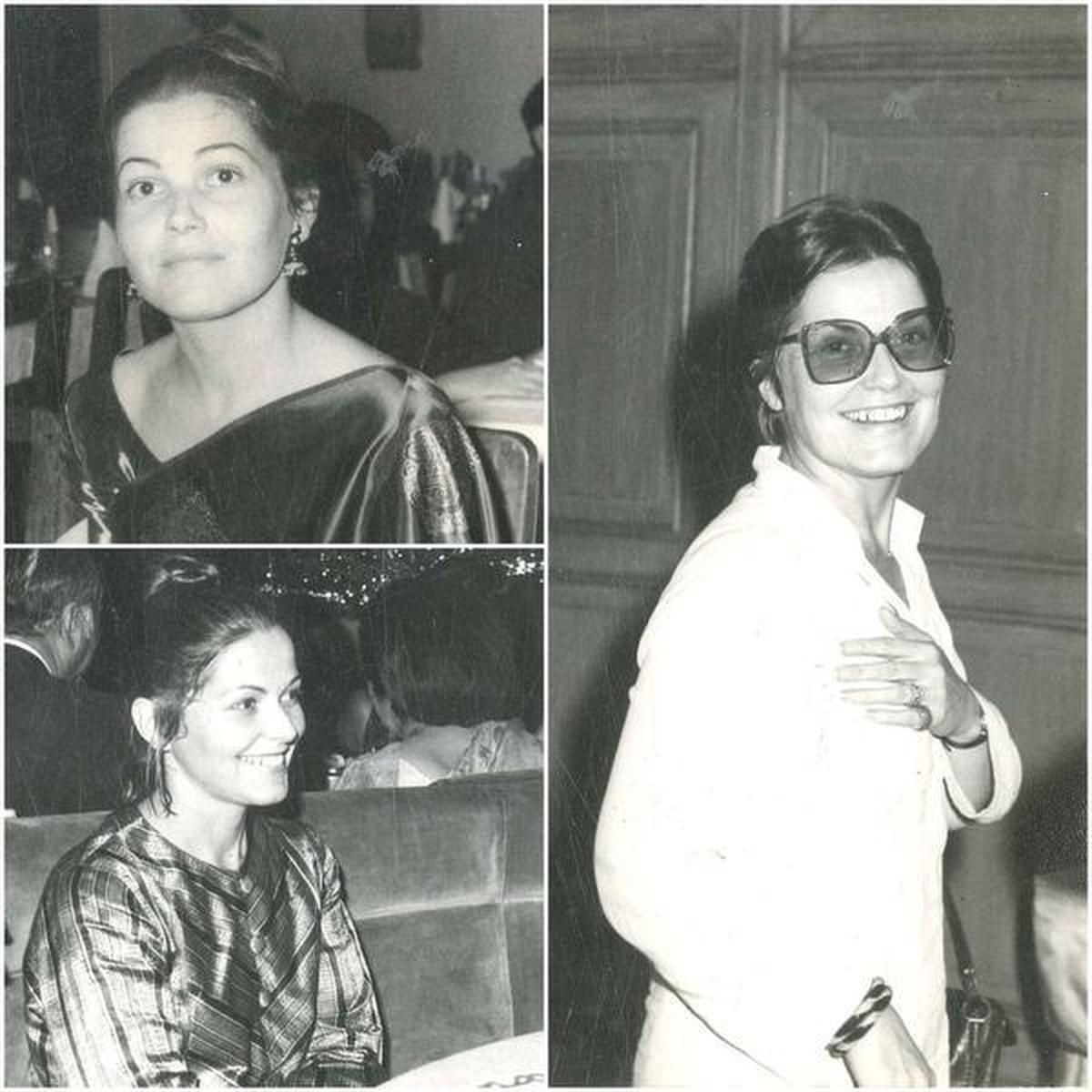 Swiss by birth — Elisabetha met and married Ajit Kerkar in the mid-50s, when she was an art student in London — she flawlessly merged her European sensibility with the Indian aesthetic. “I’ve always thought of her as one of India’s first design directors. She understood the country and its artistic potential, and gave Taj Hotels its character, creating what we know today as India Modern,” says Chennai-based gallerist Sharan Apparao.

Friends and colleagues remember how she would scout for antiques wherever she went, be it Chor Bazaar and AK Essajee in Mumbai or the gullys of Varanasi and Rani Arts and Crafts in Chennai. “When we first opened Taj Coromandel, she frequented Kora Ramamurthi’s antique shop to source objects such as an old wooden temple chariot that she placed in the lobby,” says Sujaya Menon, whose husband was then Vice President of the Taj Hotels (South). Elisabetha returned to Chennai once more in 1997, to redo the suites in preparation for Queen Elizabeth’s visit. Working with terrible deadlines, the suite was completed by midnight, just ahead of the royal entourage’s arrival. “It was almost like the last polisher went out and in came the Queen,” Menon recalls, adding, “She [the Queen] personally told us how much she enjoyed her room [outfitted in royal blue, with Italian Crema Marfil marble]”. 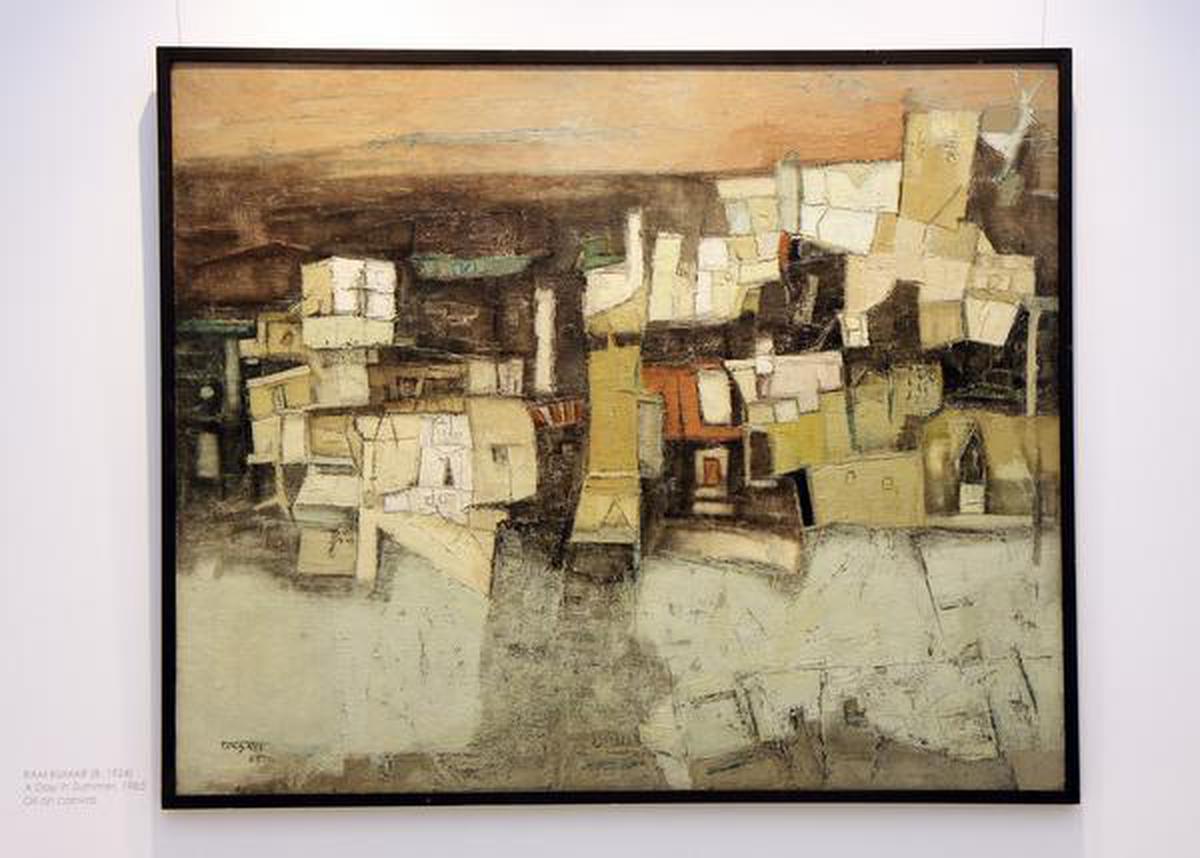 Away from her drafting table and countless lists, Elisabetha also made a name for herself collecting art. In the ’60s, she and Rodabeh Sawhney, the sister of JRD Tata, scouted galleries in Mumbai and Delhi for works by Indian contemporary artists. “The art scene was not as mature as it is today. But an advantage that she had was that there was a gallery [functioning from the 1950s] in the Taj itself. As it was perceived to be one of the more prestigious venues in the city, it attracted a number of quality artists,” says Mortimer Chatterjee, gallerist and art consultant to the Taj. “At a time when hotels traditionally looked towards prints, she was actively engaged in putting together a ‘museum quality collection’, taking stock of the contemporary art scene as it manifested in the country and re-representing that in miniature at the hotel.”

Among the early works she acquired were Jehangir Sabavala, whose father was a manager at The Taj Mahal Palace, MF Husain and Laxman Shrestha. Abstract painter Ram Kumar was a favourite, along with names such as Vasudeo Gaitonde, KH Ara and SH Raza. “She was a pioneer. She created an environment where contemporary art suddenly became a necessary addition to anyone’s idea of what sophisticated interior design language meant in India. And because the hotel occupied such a prominent space in the city’s conscious, whatever it did became, in a sense, aspirational,” adds Chatterjee.

You may not see many of her 4,000-strong collection in their original ‘hangs’ today. When she left Taj Hotels, soon after her husband resigned as chairman and managing director in 1997, many of the paintings were tucked away in storerooms for safety. But post the 2008 terror attack, a major rehang, overseen by Chatterjee, brought out the masters. “We created new narratives with her collection. At the renovated Harbour Bar, we worked around abstraction, juxtaposing artists of the ’60s and ’70s like Ram Kumar, Ganesh Haloi, NS Bendre and Laxman Pai,” he says. In the walnut-panelled reception area of the old wing, early Bombay modernists were displayed, through the works of Sabavala and Ara. “Sabavala stayed at the hotel for a long time after his return from studying in Paris. We were fortunate to be able to hang works that he had painted at the hotel, pretty much directly below where he’d painted them around 60 years earlier,” says Chatterjee. Other paintings from the collection hang at the Taj Mahal in Delhi, Taj Bengal in Kolkata or the Taj West End in Bengaluru.

As for Elisabetha’s interiors, unfortunately, today you can mostly see them only in archival photos (thanks to the numerous refurbishments the Taj properties have gone through over the years). Here are a few to look back on: 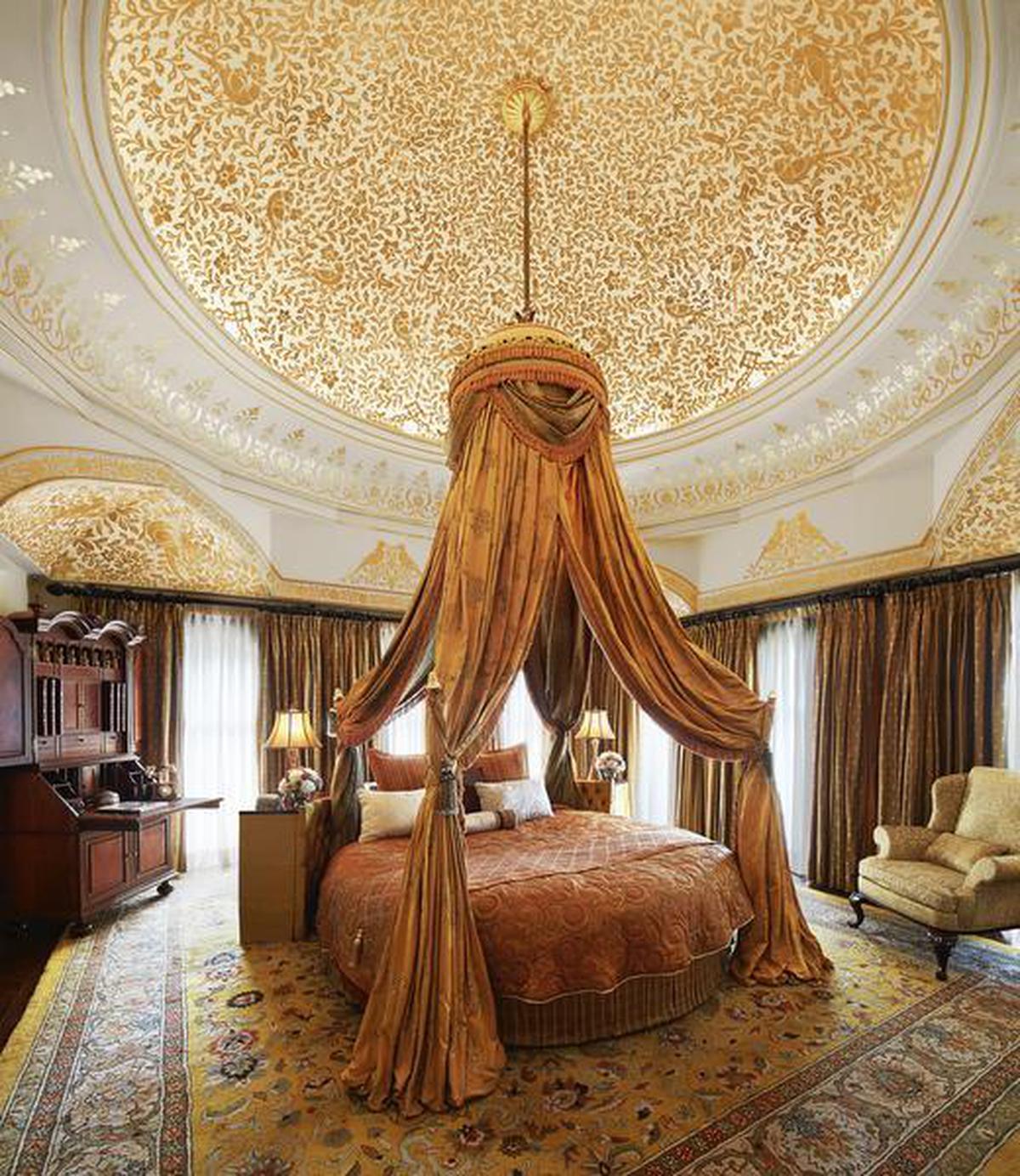 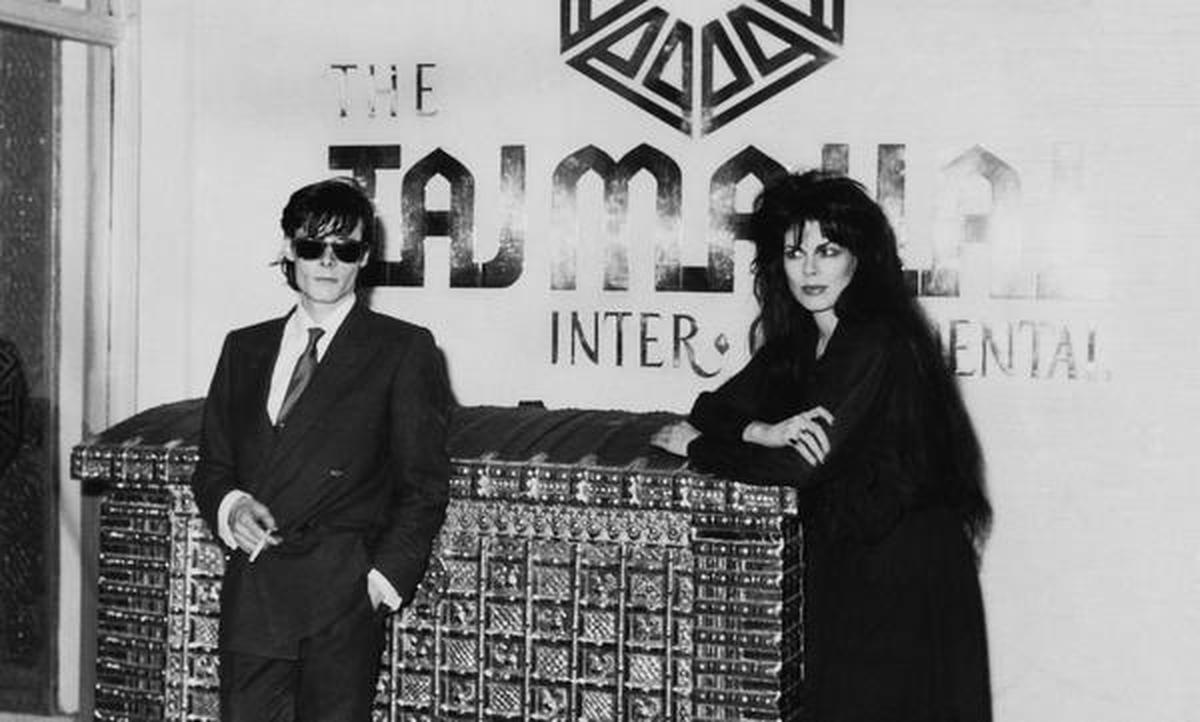 Mick Jagger and Bianca posing beside a wooden chest at The Taj Mahal Palace Hotel, Delhi The beautiful columns that Elisabetha bought when Petit House, the old Tata palace in Mumbai, was dismantled. They were installed in The Taj Mahal Palace’s Crystal Room. 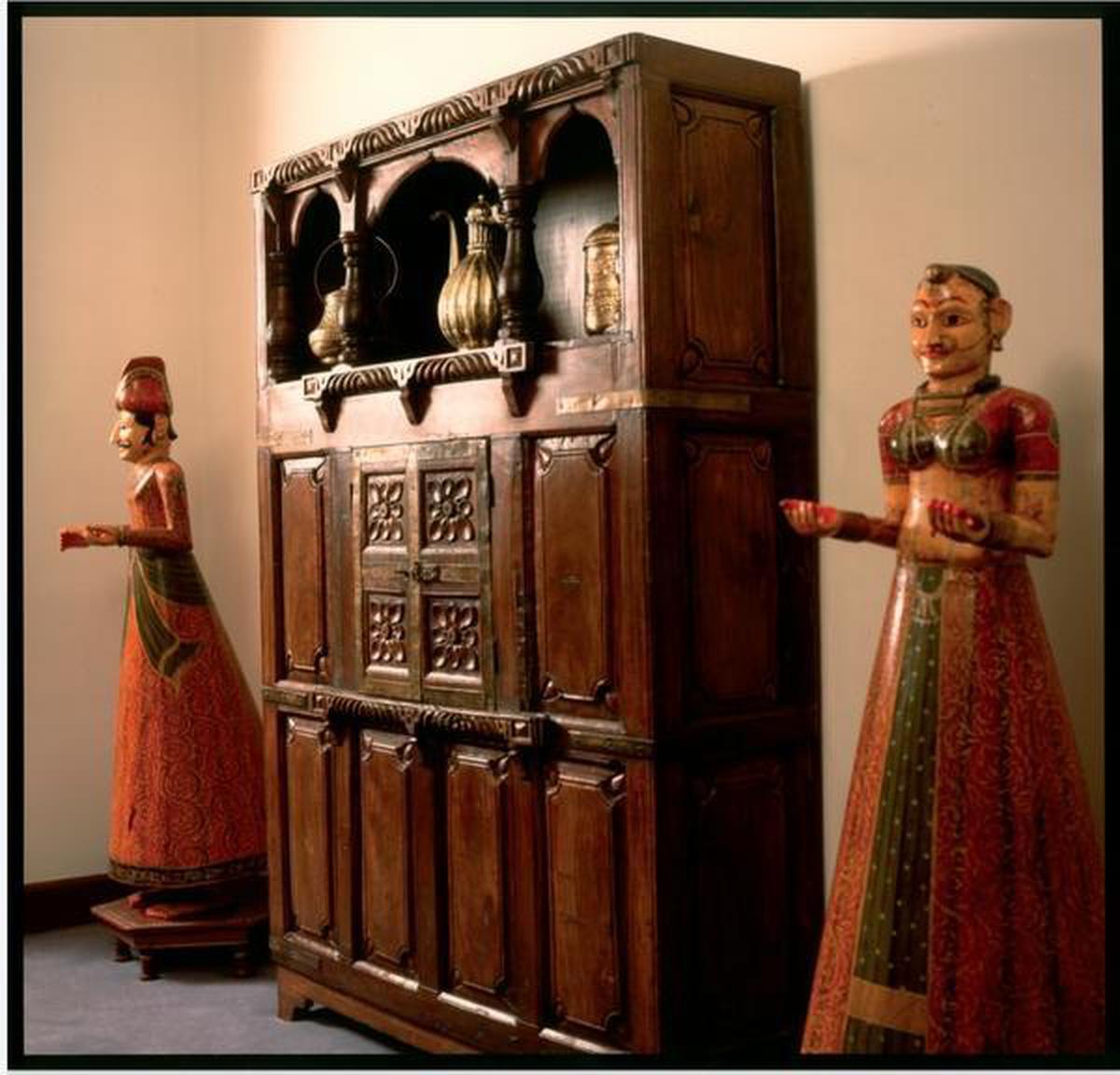 Witty responses you can give to impromptu sexts – Times of India