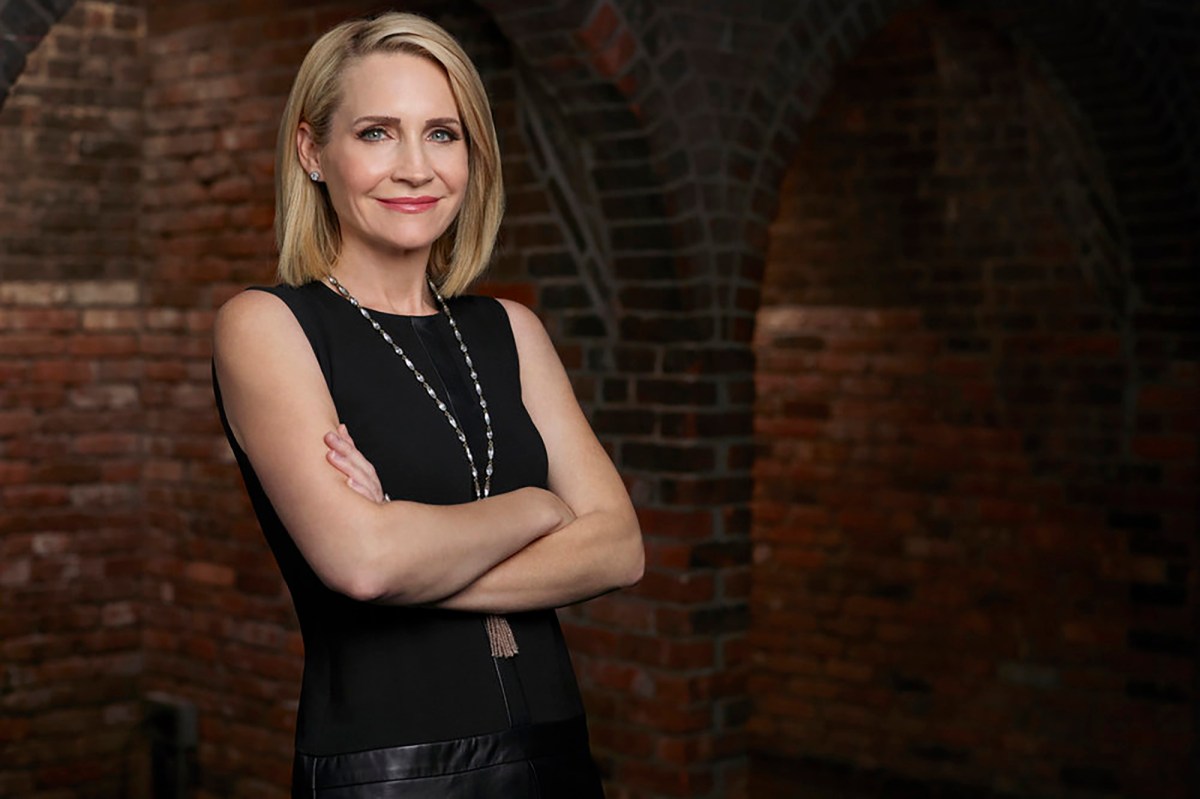 But in the “Who Knew?” department, Canning doubles as a writer of TV flicks, including “Homekilling Queen,” “Killer Prom” and “Til Ex Do Us Part” (on Lifetime) and “Ruby Herring Mysteries” and the upcoming “Christmas She Wrote” (starring Danica McKellar) on Hallmark.

“I’ve been a huge fan of Lifetime and Hallmark for such a long time,” Canning, 47, tells The Post. “I would watch their movies and think, ‘Why can’t I do this?’ Especially the mystery movies, since I was working at ‘Dateline’ and have a wealth of information swirling around in my head.

“I contacted one of the [Lifetime] producers whose name I kept seeing over and over in the credits,” she says. “He said, ‘Send me some ideas and a sample script. Your dialogue is good and you seem to know what you’re doing’ … he was a mentor to me and guided me through the process and we ended up making a movie together [‘A Daughter’s Revenge’].”

Four years and more than 10 movies later, Canning is still cranking them out amidst a busy home life — she and husband Tony Bancroft have five daughters and a son — and her work on “Dateline,” which kicks off its 29th season Friday at 10 p.m.

“Normally, when I’m traveling for ‘Dateline’ that’s my ‘spare time,’ ” she says. “When I’m on a plane and have already done my research for a ‘Dateline’ story, or at night in a hotel, then I’ll move on to the movies. That’s when I usually write them.

“The Lifetime movies are thrillers, definitely ‘women in jeopardy’ who have to save themselves,” she says. “I have a [movie] series on Hallmark called ‘Ruby Herring Mysteries’ which is kind of a comedy/drama. She’s a crime reporter and pairs up with a detective — they kind of bump heads and end up falling in love with each other.” (Well, it is Hallmark Channel, after all.)

Canning’s real-life backstory rivals any of her fictional TV movies. She spent several years babysitting for “Baywatch” star David Hasselhoff and his wife — and was roommates with Ryan Seacrest before he shot to fame on “American Idol.”

The Canadian-born Canning first met Hasselhoff when, still a student at Ryerson University in Toronto, she talked her way into a summer internship at “Baywatch” in LA, working, for the most part, at Hasselhoff’s office on the studio lot. “They did some [‘Baywatch’] apartment scenes and had the [water] tank there where they did all the underwater scenes,” she says. “Everything else was done on the beach. I was mostly in the production office and would go out to the set and do what was needed.”

After Canning returned to school, she once again crossed paths with Hasselhoff. “David was making a movie-of-the week in Toronto and my cousin said, ‘I think David Hasselhoff is in the subway down the street shooting something’,” she says. “I hadn’t talked to David and his wife because I’d left LA. So I found them on the set and she said, ‘Would you come back with us?’ So that’s how that happened.”

Returning to LA, Canning eventually landed at “Extra,” first on the assignment desk and then on-camera — which led to her meeting Seacrest, then a well-known radio personality on Star 98.7 FM.

“I’d moved out of the Hasselhoffs’ place — I would still babysit for them part-time, but I wasn’t living there anymore,” she says. “A friend drove me to a party, which Ryan was hosting with another gentleman and another girl. It was a four-room townhouse. Their roommate had moved out the day before and somehow it came up that I was looking for a place to live and [Seacrest’s roommate, Mark] said to me, literally on the spot, ‘Do you want to move in here?’ ” She then spoke to Seacrest. “I was like, ‘Sure,’ so I moved in the next day.”

October marks Canning’s eighth year on “Dateline”; she’s logged 100 hours of first-run shows and says there’s one story, in particular, that continues to resonate for her.

“It was about a cheerleader who was being stalked by her boyfriend — he shot through her house and killed her,” she says. “It’s a story that haunts parents and … and it just broke my heart. They’re all hard [to report] and some of them just really get you — they grab you and break your heart.

“It’s really crushing when someone is taken away from you for the worst reasons.”