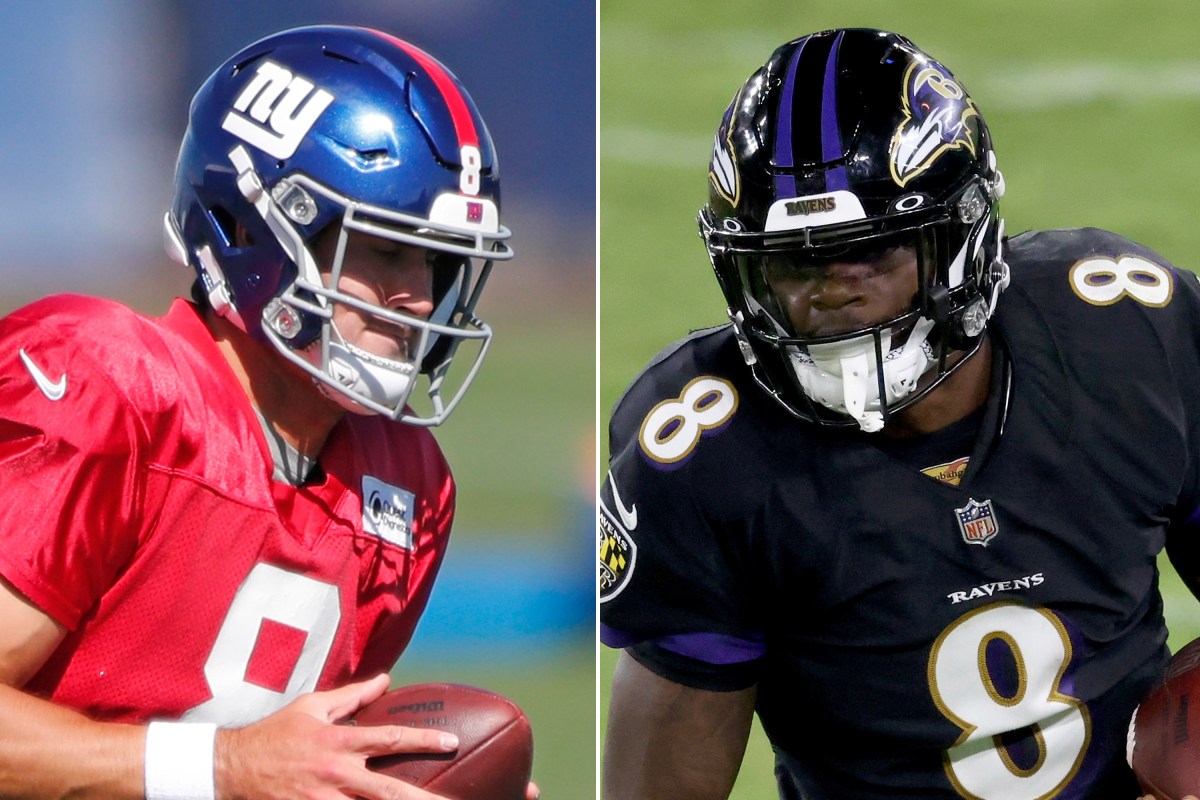 Name the two quarterbacks leading their teams in rushing.

OK, Lamar Jackson was an easy guess. Next.

“I think this offense gives us versatility for different people to run it and run it at different looks,” Jones said. “We’ll continue to plan for each team. I’m certainly willing to do that, and I think it’s a valuable part of our offense.”

No one will confuse Jones with Jackson, who broke Michael Vick’s single-season quarterback rushing record en route to the NFL MVP last season. But Jones used his legs at Duke — five career games with 90 or more yards on the ground — and during his rookie season, which encouraged coordinator Jason Garrett to install the run-pass read-options unveiled last week.

While scouting the Buccaneers last season, Rams coach Sean McVay saw Jones rush for two touchdowns in his first career start. McVay will have his defense ready Sunday for a dual-threat quarterback.

“I was so impressed with his poise, his ability to make plays down the stretch, his ability to extend players,” McVay said. “The athleticism — you can see it in a couple of the zone-reads the other day — but I’ve also been impressed with his ability by keeping plays alive in the pocket, out of the pocket. This is a part of the league as a quarterback, but Daniel has a really bright future and I’ve seen enough film of him to feel really strongly about that.”

The Giants are averaging 12.7 points per game — second-worst in the league — and can’t turn to Barkley for a trademark big-play bailout. Jones rushed for 23, 19 and 16 yards (erased by penalty) on his keepers against the 49ers but can throw on the run, too.

“He has that ability to do it, and I think we all encourage that if he can get up or out of the pocket and make a play out there,” Schuplinski said. “He’s a good runner, he’s fast and he does a good job with the ball when he’s out in space. So that’s certainly something we’re encouraged about.”

The Giants are running low on safeties.

Backup Adrian Colbert (quad) remains limited and was joined on the injury report by two starters: Jabrill Peppers (ankle) did not practice and Julian Love (ankle/knee) was limited.

Cornerback Brandon Williams (groin) was placed on injured reserve. Cornerback Madre Harper, who was signed off the Raiders practice squad, is not on the field yet as he goes through COVID-19 protocols.

“Any time you lose a starter, the guy you are bringing in normally isn’t as good,” free safety Logan Ryan said. “There’s definitely an effect of that and we might have to change some things on our end … but I pride myself on my versatility. If I have to move from one position to another, that’s what the team brought me here to do.”

“Sean’s always evolving, he’s always changing, he’s always improving and getting better,” Judge said. “What he may have game-planned based on another club I was with will have nothing to do with what we do going forward here.”