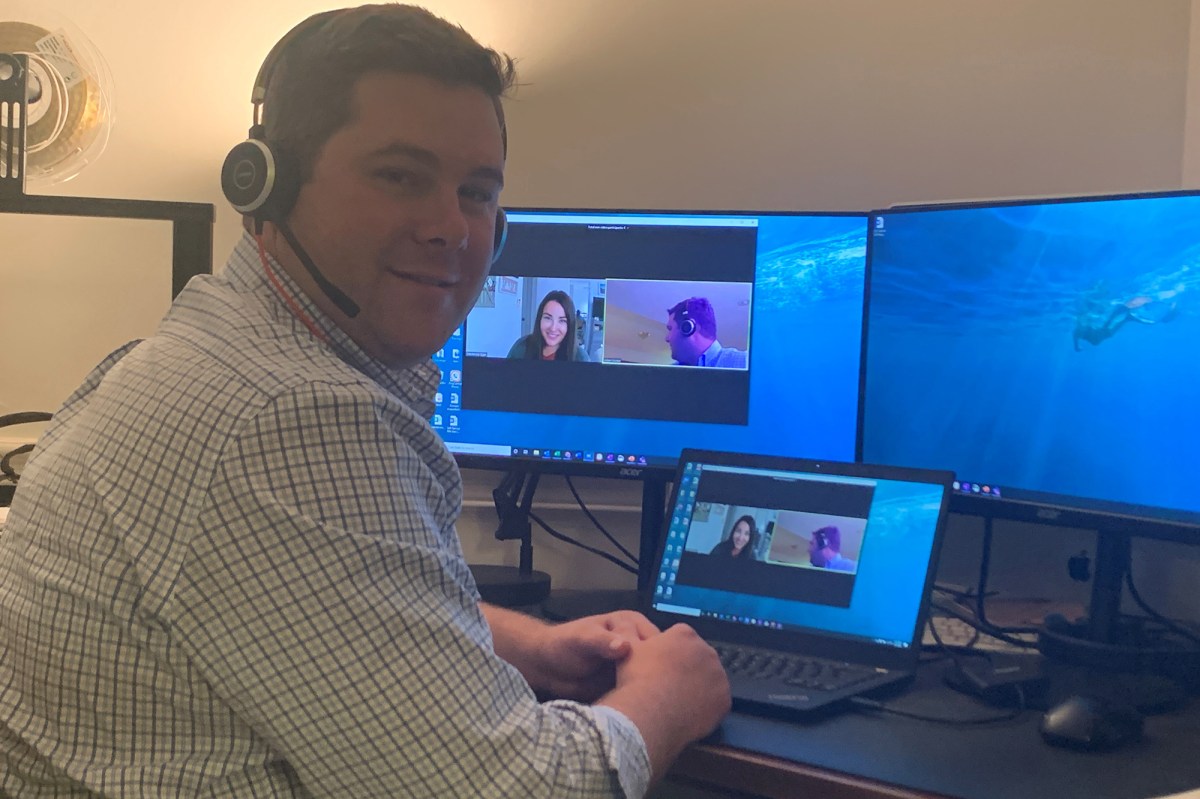 If you think that starting a job is stressful, imagine being responsible for onboarding a group of new hires just days after the COVID-19 shutdown began.

“I had 19 people scheduled to start, and four business days to turn a five-day orientation into a virtual experience,” said Mackenzie Egan, a talent-development specialist at Holmdel, NJ-based hiring platform iCIMS. Not only that, but she also had to ensure that their computers were loaded with all of the right software, tools and credentials and delivered to their homes prior to their first day.

“I was a little nervous about pulling it off,” said Egan.

That’s no wonder, because the stakes are high. According to Jobvite’s 2019 Job Seeker Nation survey, almost one-third of workers quit their jobs within the first 90 days. That translates into thousands of lost recruiting dollars. But, according to human resources consultant and speaker Laurie Ruettimann, “onboarding helps workers attach to the organization and to fall in love with the culture, so that down the road when [the employer asks] for a little extra, they say yes and don’t quit.”

It’s one of the reasons that, before COVID, iCIMS flew in new associates from all over the world. “This is when they learn about our core values — accountability, adaptability, customer commitment, drive, empathy, kaizen, passion and transparency,” Egan said.

Whether that mesh could occur with new employees sitting at a kitchen table instead of a conference room, no one knew. Egan spent more than one late night making sure that the new virtual format was engaging, relayed the same information and was fun.

Her efforts were worthwhile, according to Adam Koster, iCIMS’ incoming senior manager of marketing technology who joined the company in mid-March. “At first I was disappointed that I wasn’t going to have a chance to meet everyone and start building relationships in person,” he said. But between presentations made by company leaders on Zoom, functional training and opportunities to socialize with his onboarding cohort and bond, Koster gives Egan high marks.

He is especially keen on the games that they played. There was a virtual show and tell where participants were asked to present an object that revealed something about them. “It was like being in kindergarten again,” laughed Koster, who showed his “classmates” a note that his youngest son had left on his pillow. “Good luck on your first day at your new job, Dad,” it said.

Consequently, “onboarding was welcoming, informative and a blast,” Koster said.

Chelsea Lee, a people-development manager at Cockroach Labs, worried that the incoming class of Roachers (a nickname for the company’s employees) might have a “horrible experience” onboarding virtually. Peter Guagenti, Cockroach Labs’ incoming chief marketing officer, was supposed to fly in from San Francisco, but COVID-19 took that off the table. “I was really looking forward to meeting the team,” he said. The box of company swag — a T-shirt, stickers, a water bottle and a coffee cup — provided some comfort. Guagenti used them to decorate his home office.

Members of Cockroach Labs’ executive team, like vice president of product marketing Jim Walker, signed on to Google Meet to talk about the company. He gave a one-hour talk about the market the company is in and the great opportunity that was ahead of them all.

“This is the first time we’ve done onboarding during a global pandemic,” said Walker, noting that there may be advantages in doing it this way. “I really thought it was going to be a struggle, but everyone was engaged. There were fewer distractions. I walked away happy.”

Guagenti agreed. “It’s better than being trapped in one room,” he said, adding that there was time in his schedule to check in on his daughter’s schoolwork. There was also an activity, “doughnut pairings,” that Lee had arranged where two or more new hires are assigned to a virtual breakout room just to chat.

“We got to know each other as people — people whose spouses might have recently lost their jobs or their child care. I got to know my cohort pretty well, and this time we spent together will bind us,” he said. And instead of bonding over lunch in New York, Lee sent each of them a treat from Milk Bar.

At Iterable, a growth-marketing platform with locations in Denver, New York, San Francisco and London, Brooklynite Niki Simonutti helped onboard a new employee during the height of the pandemic. Along with the onboarding package (socks, notebooks, stickers) came a stipend for setting up a home workspace. Not only that, but the newcomers also received welcome messages from current employees via Slack.

On Day 1, the group was tasked with finding a creative commonality. “It had to be something specific,” said Simonutti, so an answer like, “We all work at Iterable,” wouldn’t do, whereas, “We all had a teacher named Ms. Johnson,” would. In addition, Yvette Ankunda, an HR generalist at the company, created a game called “Iterable Jeopardy,” which not only resembles the show but also uses the same music.

Both onboarding leaders and participants were happy with the experience, yet most are eager to get to the physical workplace. Koster was excited when he found iCIMS’ seating chart online. “I just found out where I’ll sit,” he said. For Guagenti it is all about getting face-to-face for coffee or a drink. “That’s where you develop trust,” he said.

Did ‘The Bachelor’ Matt James just spoil his season’s winner?