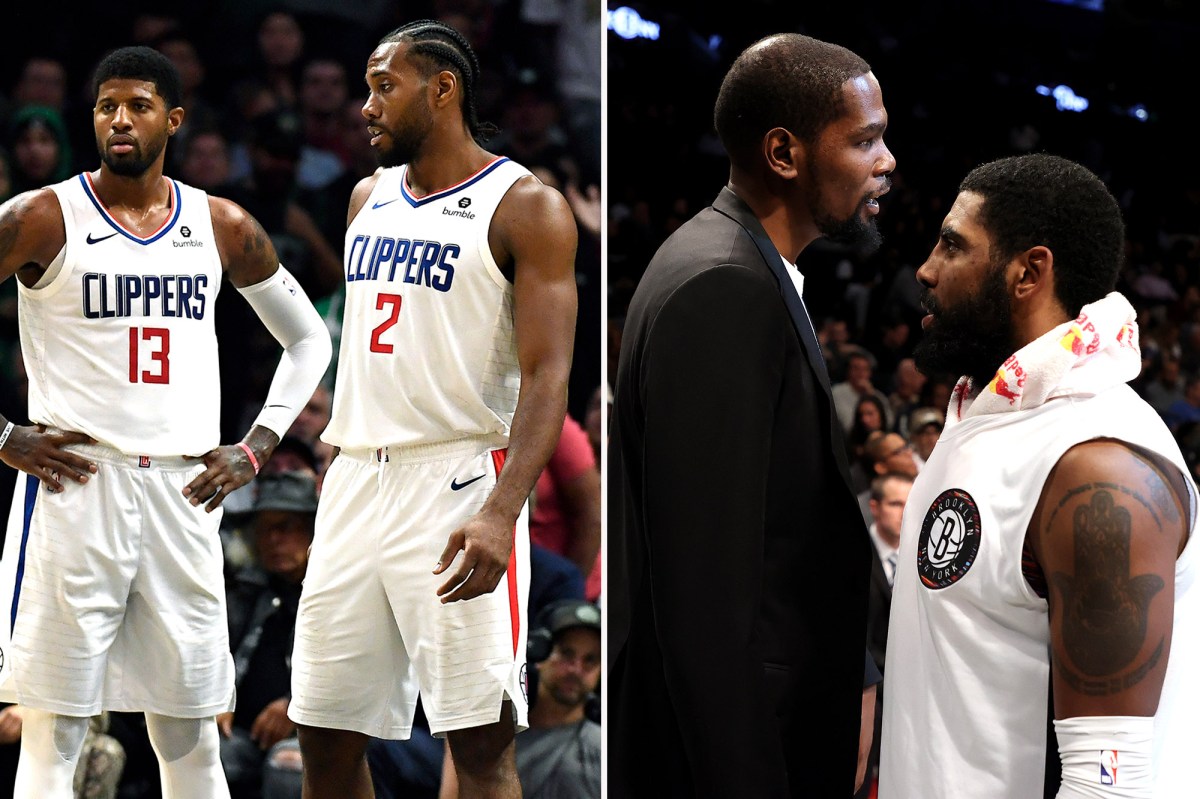 With the debut of Kevin Durant and the return of Kyrie Irving, the Nets will be one of the NBA’s most talented teams next season.

They need look no further than the Clippers for a stark reminder that talent on paper is no guarantee of titles on the court.

Favored by many to win the NBA title, the Clippers dropped three straight chances to close out Denver and got upset in the Western Conference semifinals. They cited a lack of chemistry against a Nuggets team with more continuity.

As a team facing significant roster turnover themselves, it could serve as a cautionary tale for Brooklyn.

“We need to build some chemistry,” Kawhi Leonard said. “When you’ve played together for a while, they know the exact places where everybody is, and it makes it easier.”

“I think a lot of the issues that we ran into, talent bailed us out. Chemistry, it didn’t. In this series, it failed us,” Lou Williams added.

Chemistry can be volatile. And the Clippers blew up the lab on national television, imploding in the second half. And while it’s easy to be snarky and say that was just the Clippers Clippin’ again, there are clear parallels with the Nets with some too obvious to ignore.

Like the Clippers, they have a deep team that went all-in to acquire a pair of stars externally. As Los Angeles signed Leonard and traded for Paul George last offseason, Brooklyn signed Irving and dealt for Durant. And like L.A., Brooklyn will have to weigh hitting the ground running vs. running them into the ground, chemistry vs. caution.

With George and Leonard in and out of the lineup – logging a mere 891 minutes together all season – the Clippers got by on being better, not being in sync. After Leonard missed 10 of 11 second-half shots in Tuesday’s Game 7 loss, that point was driven home.

“We just couldn’t make no shots,” Leonard said. “That’s when it comes to the team chemistry, knowing what we should run to get the ball in spots or just if someone’s getting doubled or they’re packing the paint, try to make other guys make shots, and we gotta know what exact spots we need to be.”

It strains credulity to think the Nets won’t face at least some of those same concerns.

Yes, the core of Caris LeVert, Jarrett Allen, Joe Harris and Spencer Dinwiddie have been around for years; and DeAndre Jordan and Taurean Prince got acclimated this season. But many of the newcomers in the bubble won’t be back, and the two stars will almost assuredly miss plenty of time.

Durant didn’t play a second this year, and hasn’t suited up since June of 2019. There is no chance the uber-cautious Nets won’t treat his surgically repaired Achilles with kid gloves, monitoring his minutes and stealing rest where possible.

Meanwhile, the oft-injured Irving played just 20 games for the Nets and hasn’t topped 67 since 2016-17. He’s missed 210 games between nine NBA seasons and one collegiate campaign at Duke. Even if he and Durant stay healthy, with both going into the second year of four-year deals, what are the odds the Nets run them into the ground trying to force chemistry?

And Steve Nash hasn’t officially coached any of these players yet – or any players, still a rookie in that department. Creating chemistry is tough even for elite coaches.

“We had great shots all night. I still didn’t think we trusted each other,” Clippers coach Doc Rivers said. “Denver went through stretches like that, too. But they just kept playing. You could see us trusting less and less.”

Or as Williams acknowledged, “We had the talent to do it. I don’t think we had the chemistry to do it, and it showed.”

There are lessons here. The Nets would do well to learn from them.