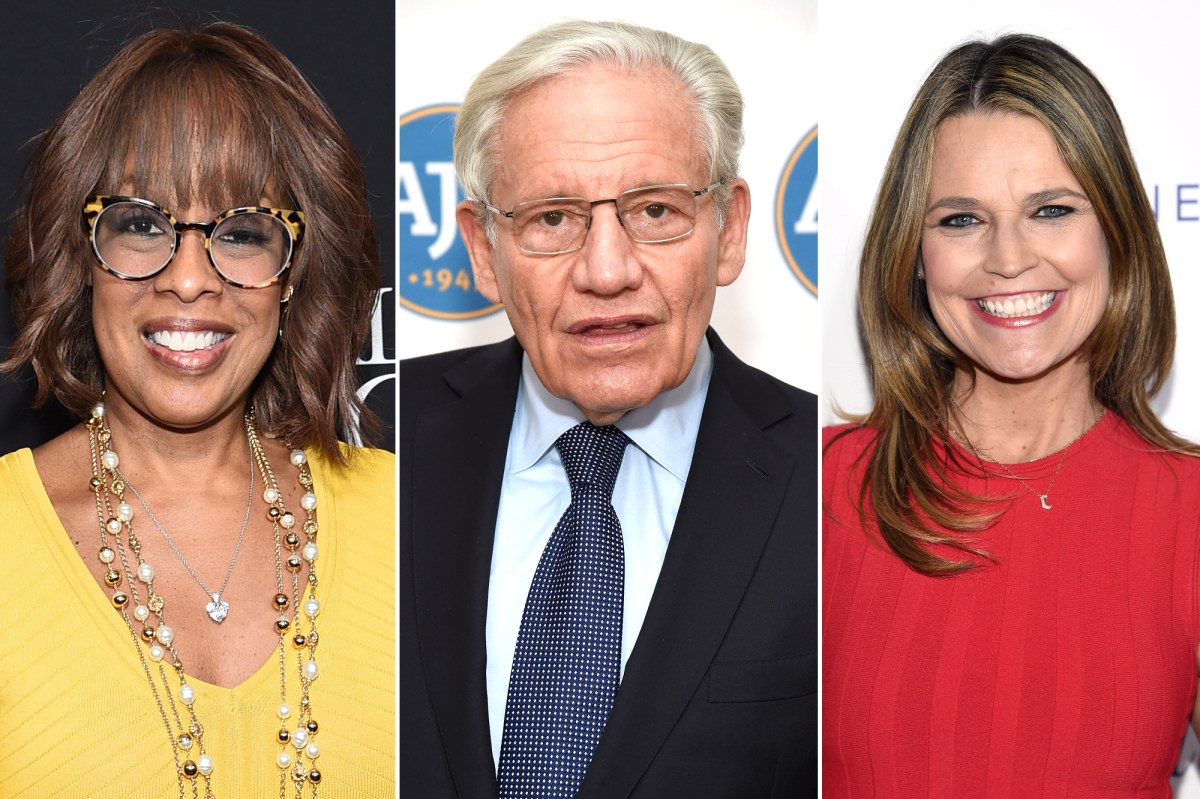 It’s a scandal bigger than Watergate!

Page Six has learned that Gayle King and her “CBS This Morning” colleagues were furious because “Today” bagged the first live interview with Bob Woodward about his blockbuster book “Rage” — even though it was published by CBS’s sister company Simon & Schuster.

King rival Savannah Guthrie ended up doing the interview with the iconic journalist on Monday, the day before the book hit shelves — and made worldwide headlines because she was the first to challenge Woodward on his controversial decision not to release a recording of President Trump in which Trump seemed to imply he believed COVID-19 was much more dangerous than he had publicly stated.

The insider speculated that Simon & Schuster decided to go to NBC — despite its corporate ties to CBS — because “Today” gets many more viewers than “CBS This Morning.”

But the source said the move stings even more precisely because “CBS This Morning” is battling to keep up with “Today” and “Good Morning America.”

“They’re in third place, but they’re hustling and trying to make a difference. And then they’re betrayed by their own company,” said a source.

“60 Minutes,” which is also produced by CBS, did get the first interview with Woodward about the jaw-dropping book, but it was taped — so the first live sit-down was still a big get.

Rubbing salt into the wound, CBS’s “The Late Show with Stephen Colbert” was the first of the late-night shows to talk to Woodward.

Asked about the angst over the sit-down at “CBS This Morning,” a CBS spokesperson told us, “Not true. The fact is that CBS/’60 Minutes’ got the first interview. End of story.”

King became the star host of the show in May 2020 after a major reshuffle of the long-running program.