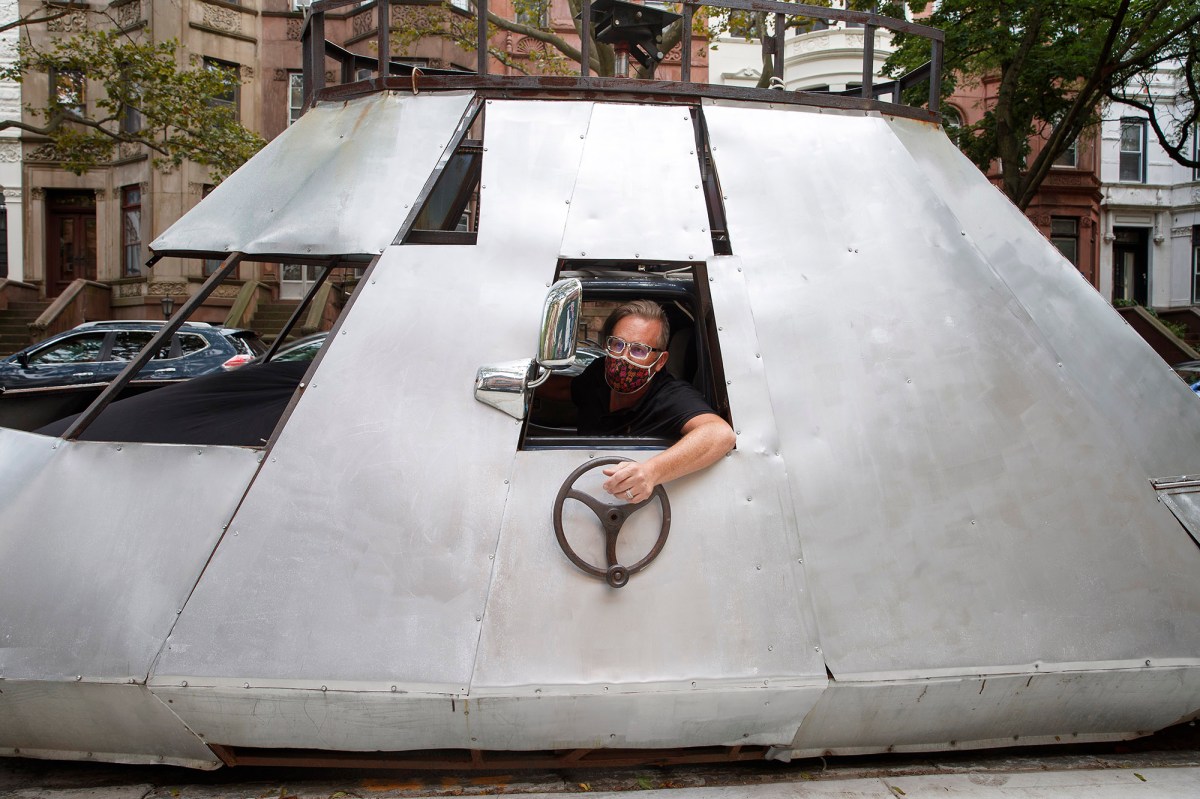 Houston, we have a problem.

The vehicle, a 2005 Chevy Blazer that Walters and his pals covered in a hulking pyramid of metal siding, is often spotted and photographed on the streets of Prospect Heights, where the entrepreneur lives with his wife and two sons.

When locals caught wind of the vandalism, they were crushed. The out-of-this-world project is such a beloved sight around the area that when an image of the tagged car was shared on social media Wednesday, Walters said concerned friends texted him, “Did you leave New York?”

But he reassured The Post that he and his stellar car were not taking off anytime soon. Walters, who is in his 40s, spiffed up his joyride early Thursday morning for its forthcoming voyages, including appearances at Halloween events around the neighborhood slated for later this month.

“It’s a target for whatever reason … It’s a part of New York,” said Walters, who uses the vehicle to shuttle his sons, 13-year-old Charles and 11-year-old Barclay, to their baseball games in Greenpoint, where it was parked when it was vandalized. “It was very jarring [to find the graffiti]. We took action quickly to remedy it.”

The now-famous metal-clad SUV owes its origins to a 2014 Post story. In his role as a partner of Williamsburg Pizza, Walters had successfully delivered a pizza by drone. He then wanted to add to the thrill of the special delivery by having the drone take off from and return to the top of a car resembling a spaceship.

So in 2016, he and some employees crafted it together in Bushwick. The four-piece metal frame of steel and aluminum — some new, some scrap — came together in about six weeks.

“It’s just an exoskeleton,” he said. “It can actually be removed.”

Opening the doors requires either clambering in through a window or lifting one of the metal panels.

“I drive around and the look on people’s faces … the astonishment, the confusion,” Walters told The Post, adding that he can sometimes see people mouth “What the f - - k?” as he cruises by.

His kids are kind of desensitized to it, although sometimes they get fed up when their dad engages in conversations with passersby about it.

“Like ‘Daaaaad!’ ” Walters imitated. “It’s tough for anything that your parents do to be cool.”

Cops do pull him over from time to time, he added, but the vehicle is street legal thanks to being under the maximum width of 8 feet and 6 inches.

Fans of the car feared the worst after journalist Trevor Boyer posted a photo of the car on Twitter with a caption that expressed his dismay, “Brooklyn spaceship tank car fallen on hard times.” Three crude scrawls besmirched the silver conveyance’s body as it stood empty in what looked like a vacant gravel lot near a barbed wire-topped fence.

Locals adore the vehicle, which towers above neighboring parked cars, despite its unsightly appearance.

“Sigh, someone send me the GoFundMe to get this thing back on the streets,” Brooklyn-based health technologist and medical device engineer Jason Wright commented after seeing Boyer’s photo. “Of course in 2020,” said native Brooklynite Shabazz Stuart. “A sign of the times.” Lamented Max Resnik, who works for nonprofit Cortico, “Nooooooooo — too pure for this world.”

But Walters said the damage wasn’t as bad as it had appeared. And on Thursday, Resnik posted two snaps of the freshly cleaned cruiser, now on Park Place in Prospect Heights.

“Good news everyone!” he tweeted. “The Brooklyn spaceship car is back in action — looks freshly buffed.”

“I love this thing,” a user named Dan Miller replied. “Always reminds me of the mutant vehicles at Burning Man. Glad to hear it’s still going.”

Walters likes that his car has no identifying features.

Walters’ mystery machine has been tagged several times before, and he said he’s grown used to it. The most recent act took him about three hours to clean up.

“Now it’s part of the character in some ways,” he said. “You just gotta be careful when you’re venturing on the far side of Jupiter.” 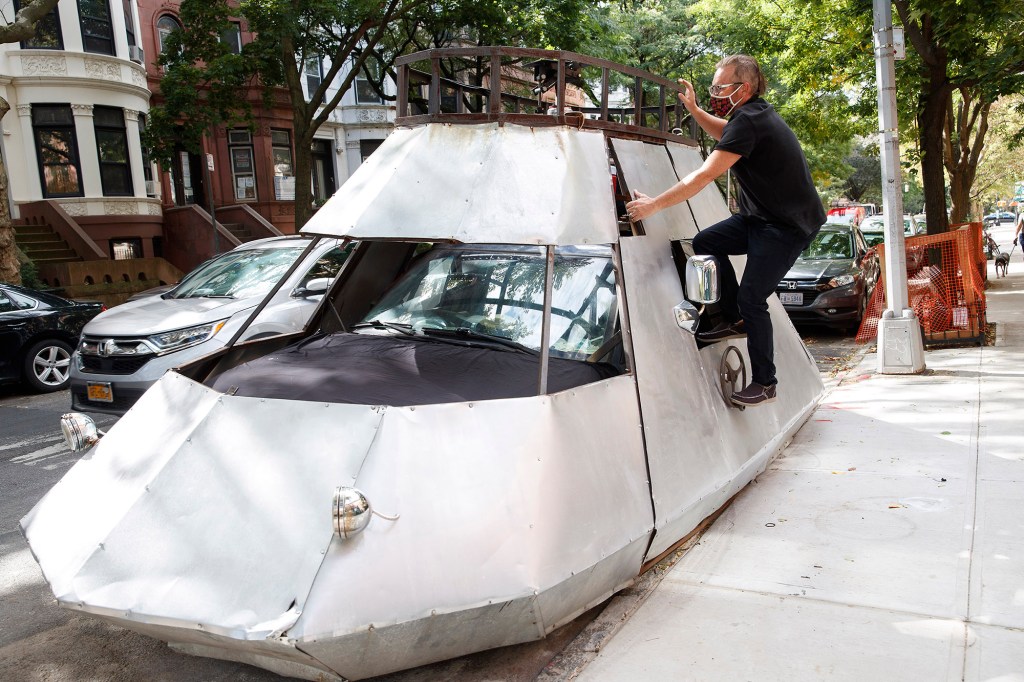 
They put the guns in Guns and Roses. The Azerbaijan…

Pakistan police launch crackdown against opposition ahead of PDM rally in...