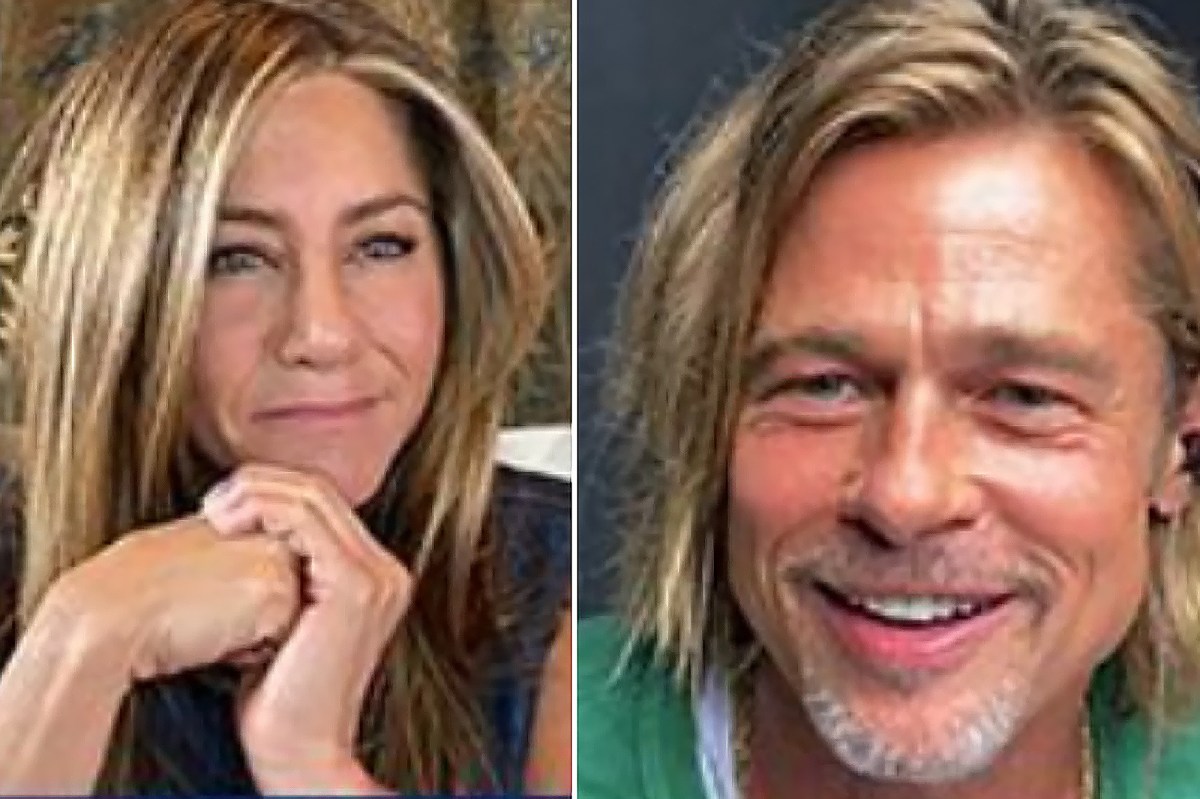 Brad Pitt and Jennifer Aniston got down and dirty Thursday night — on Zoom.

During the star-studded charity “Fast Times at Ridgemont High” table read, Pitt played Brad Hamilton, the role originated by a young Judge Reinhold in the 1982 cult teen comedy, and Aniston took on the part of Linda, the girl a drooling Brad lusts after.

The former married couple, who’ve practically gone on tour since their warmhearted reunion at the SAG Awards in January, had to act out one of the most embarrassing scenes in the film.

You might recall when Brad takes an, ahem, private moment in his bathroom, or as narrator Morgan Freeman said with blunt authority: “Brad is j–king off.”

“Hi Brad, you know how cute I always thought you were,” Pitt’s ex, whom he divorced in 2005, said in his character’s fantasy. “You’re so sexy.” Unlike actress Phoebe Cates, Aniston did not go topless. But it was a fun bit that was surely negotiated by agents and publicists for weeks.

The event, held for a coronavirus charity called CORE, managed to hold onto about 40K viewers on Facebook for an hour, and was crammed with celebs: Shia LaBeouf, Julia Roberts, Matthew McConaughey, Jimmy Kimmel, John Legend, Henry Golding, Dane Cook and the original film’s star Sean Penn were all on hand. A few of those freeloaders barely turned a page.

LaBeouf was best as lovable stoner Jeff Spicoli, the role that made Penn famous. While the rest of the actors lounged in their expensive homes glued to scripts, LaBeouf was mostly off-book, sitting in the driver’s seat of his parked car while wearing a tank top and smoking what appeared to be a joint. Method acting, or a normal night at home, Shia?

Roberts also charmed as Stacy, the Jennifer Jason Leigh role, with an easygoing naiveté and that same big ‘ol smile that hasn’t dulled a watt.

“Fast Times” was released during more freewheeling times, and the script sure ain’t PC. Roberts and Aniston — a best actress in a drama nominee at Sunday’s 2020 Emmy Awards for “The Morning Show” — performed the iconic carrot scene, which involves a graphic demonstration in the cafeteria. It scandalized poor Freeman.

“She takes out a carrot stick and eases it down her throat,” he said, before muttering, “Holy cow!”

Cute though the event was — and clocking in under an hour it didn’t even make it through the entire script — ever since Zoomtertainment took off during the pandemic, virtual shows have become less and less live. This is an annoying trend. Indeed, while the night was advertised as live, it was all pre-taped. Without honest spontaneity, these events can fall flat. After a few minutes Thursday, blandness ensued.

But there was one delightful consequence of having A-listers act from their living rooms: bad Wi-Fi. It was warmly reassuring to know that celebs have to deal, not with a pricey concierge web service, but the same crummy internet providers you and I hate. Roberts and McConaughey, who appropriately played ladies man Mike Damone, were blurry on and off for much of the night.

That was great. This was, after all, a table read of a script based on writer Cameron Crowe’s actual experience enrolling in — and spying on — a California high school. The brilliant Crowe knows that reality is more relatable — and funnier.