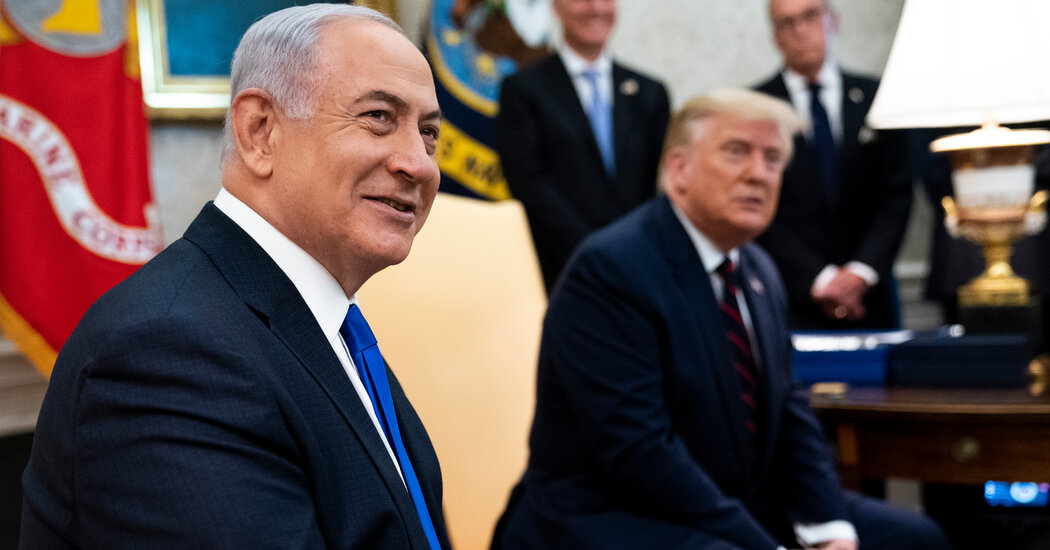 In an attempt to disprove Mr. Netanyahu, Hezbollah promptly organized a media tour in one of the areas said to house the group’s missiles. Local television stations aired a clip from what appeared to be an industrial hangar, where young men chanted in support of Hezbollah. In Iran, too, state television broadcast similar footage, describing the site as storage for steel and construction material and denouncing what it called Mr. Netanyahu’s “big lie.”

The Israelis have invaded Lebanon multiple times, most recently in 2006, when Israel’s military and Hezbollah fought a devastating, monthlong war. While both sides have sought to avoid another conflict, the Israelis increasingly regard Hezbollah’s arsenal as one of the most potent threats to Israel’s security.

In his speech, Mr. Netanyahu barely mentioned the coronavirus pandemic, which has severely affected Israel and led to sharp criticism of how he has managed it. Instead, Mr. Netanyahu focused on what he described as optimistic developments in the Middle East, a “region not exactly renowned for producing good news.”

He praised President Trump for having broken with what the Israeli leader described as the “failed strategies of the past” in seeking a solution to the Israeli-Palestinian conflict. Mr. Netanyahu linked Mr. Trump’s involvement directly to the decisions by the United Arab Emirates and Bahrain to establish diplomatic relations with Israel — the first Arab countries to do so in more than 25 years.

Those decisions outraged the Palestinian leadership, who saw them as a betrayal of Arab solidarity in pressuring the Israelis over the lack of meaningful negotiations for a Palestinian state in Israeli-occupied lands.

“These new agreements will bring our peoples the blessings of peace and the enormous benefits that come with more trade, more investment, more commerce, transportation, tourism, increased cooperation in so many other areas,” Mr. Netanyahu said.