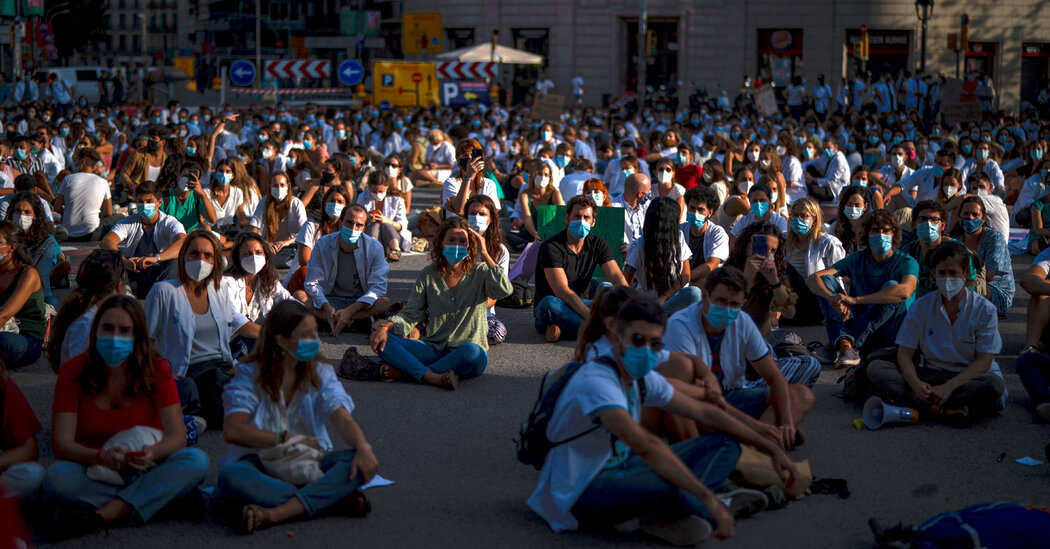 “We’re definitely not yet in the March-April situation, but there are reasons to fear that we could get there again,” said Manuel Franco, a researcher and professor of epidemiology at the University of Alcalá de Henares.

On Monday, the authorities in Madrid put parts of the capital region back in a lockdown that affects about 850,000 residents. That, as well as the resurgence of the virus, has provoked bitter recrimination, with critics saying the government squandered the hard-won achievements of its first lockdown by throwing open the country’s borders to revive its battered tourism industry.

“We didn’t do our homework,” Dr. Alberto Garcia-Basteiro, a prominent epidemiologist, told the Spanish newspaper El País. He and other doctors have called for an independent investigation of the country’s response to the pandemic.

In Germany, which handled the virus better than many of its neighbors, there is concern about the spike in infections but less about hospitalizations. Of the 9,396 people infected with the virus in recent weeks, only 267 have required intensive care treatment, with slightly more than half of them on respirators.

“We know so much more than we did six months ago,” Jens Spahn, the German health minister, told ARD public television, pointing to Germany’s increased testing capacity, protective gear and intensive care beds.

Britain, like Germany, has made progress in fortifying its National Health Service for another round of battle, but it lags far behind Germany in building a nationwide test-and-trace system. On Thursday, it finally launched its trouble-plagued smartphone app in England and Wales, which it hopes will allow it to track the virus better.

The chief medical officer, Chris Whitty, said that the number of people hospitalized with the virus in Britain was doubling every seven to eight days, and that deaths would multiply, “potentially on an exponential curve.” If the virus spreads unchecked, that could lead to 50,000 new cases a day by October and 200 deaths a day by November, according to Patrick Vallance, the chief scientific adviser.