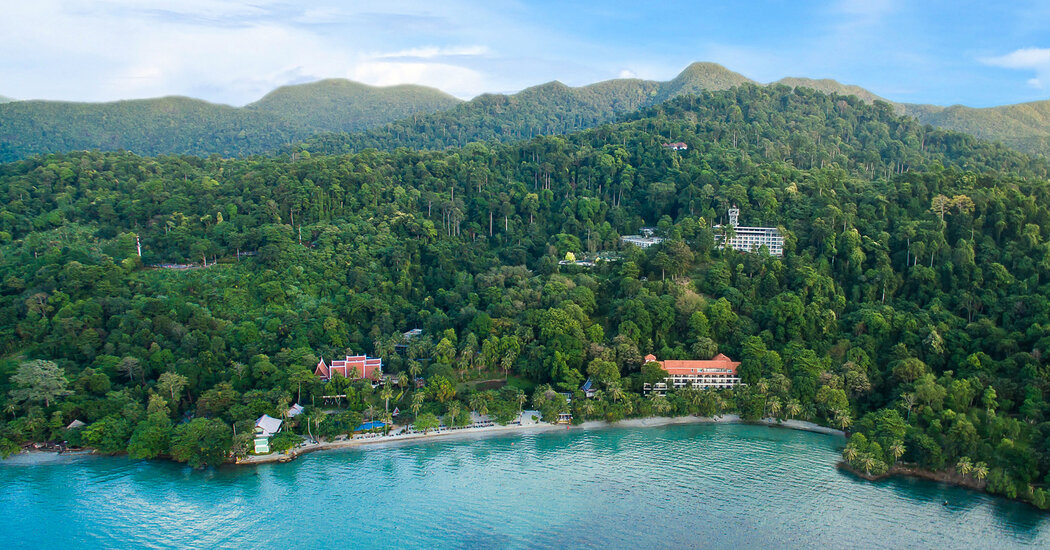 An American man who lives in Thailand was unhappy that a resort hotel wanted to charge him a $15 corkage fee for bringing his own bottle of gin to the restaurant. He argued with a manager and then later did what has become second nature for disgruntled tourists: He posted negative reviews of the resort online.

The hotel, the Sea View Koh Chang resort on the island of Koh Chang, was equally unhappy with the guest and what it saw as his one-man campaign to damage its reputation. Unable to reach him or halt his posts on TripAdvisor, the resort filed a complaint with the Thai police under the country’s harsh defamation law.

As a result, the guest, Wesley Barnes, was arrested this month and spent a weekend in jail. If convicted of criminal defamation, he faces up to two years in prison.

If the Sea View was hoping to win back its good name, seeking help from the police backfired, badly. Mr. Barnes’s arrest has set off condemnation online, negative news stories and a burst of bad reviews for the resort. A hotel manager said the resort was receiving death threats from foreigners.

“Not sure why the geniuses in charge here think that locking someone up for ‘damaging their reputation’ with a deserved bad review is going to help their reputation,” read one review on Google posted Monday by someone calling themselves Wholesome Bot.

The arrest under the defamation law is also a bad look for Thailand, which is desperately seeking to rebuild a tourism industry crippled by the coronavirus. One of its strategies is to encourage people who live in Thailand to travel within the country.

Thailand is one of the world’s most popular travel destinations and tourism is a major part of its economy. But to contain the virus, the government barred all foreign travelers in April and is now trying to find ways to reopen the country safely.

Human rights advocates have long criticized Thailand’s defamation law, which can lead to criminal charges for speaking out and is sometimes used by business interests to silence critics.

In a case last year, a court in the province of Lopburi found a journalist, Suchanee Cloitre, guilty of defamation for posting a tweet in 2016 criticizing the labor practices of Thammakaset Co., the operator of a poultry farm. Ms. Suchanee, a television reporter, was sentenced to two years in prison. She is appealing. The case was one of more than a dozen filed by the company against journalists, workers and activists.

Even harsher is the country’s lèse-majesté law, which can bring a 15-year sentence for insulting Thailand’s king. Protesters who have been staging demonstrations against the monarch in recent weeks run the risk of being prosecuted under this law.

The Koh Chang controversy was brought to light by a popular travel blogger, Richard Barrow, in posts on Twitter. After Mr. Barrow reported on the arrest, the Sea View and Mr. Barnes sent him statements giving their own accounts of what transpired, which Mr. Barrow also posted.

Mr. Barnes said that he was “shocked” by the corkage fee during his June stay and complained to the server. A manager intervened and after a discussion in which they both displayed “an attitude,” Mr. Barnes acknowledged, the manager waived the fee.

Mr. Barnes said he later saw the same manager chewing out an employee and concluded that “there was some master/slave mentality going on.” He decided at that moment to write a review.

As it turns out, he did not post just one review, but several on TripAdvisor and Google giving the hotel the lowest possible rating and further criticizing the management. One post angered the resort by saying, “Avoid this place as if it was the Coronavirus!”

Mr. Barnes said that after his arrest, he was taken by the police back to Koh Chang, an island in the Gulf of Thailand about a one-hour flight southeast of Bangkok. By the time he arrived on Sept. 12, a Saturday, it was too late for him to post bail and he spent two nights in jail before he was released the following Monday.

The Sea View, in its statement, said that it had reached out to Mr. Barnes to try to resolve the situation amicably but never received a response. The hotel said it went to the police only as a last resort to stop the stream of bad reviews.

“We agree that using a defamation law may be viewed as excessive for this situation,” the hotel acknowledged. “However, the guest refused to respond to our attempts at communication and instead continued to persistently post negative and untrue reviews of our business.”

The statement continued: “We simply want to ensure that these untrue reviews are stopped, and we had no way of negotiating the matter with the guest until after our filing the complaint with authorities.”