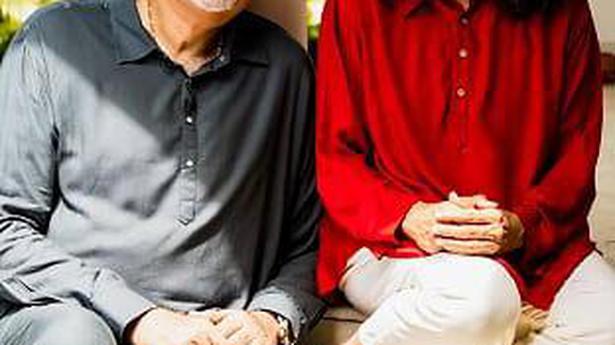 “Not everything an elderly person confined to his or her bed wears needs to look like hospital clothes or night wear,” says Ashima Bhan, who recently launched Aaraam Se, an adaptive clothing line for the differently-abled, those with prosthetics, and the elderly, who may find movement difficult. Ashima has run her eponymous label in Kochi for five years now.

The functional clothes have no buttons, button holes, or tie-ups. Instead there are zippers, Velcro, and elastic. Ashima did not have a very clear plan when she set out creating this new line. She says: “All I knew was that the design had to be simple and efficient. It had to be easy to wear.” The core idea was to create designs that would make dressing easy for the wearer and the caregiver. She started with two basic design variations — one set of garments that opened at the back and the other that opened from the side. This makes them ideal for wheelchair-users, those confined to their beds, or those who find it difficult to dress themselves.

The collection includes kurtas and shirts with Chinese collars, pyjamas, kaftans, and dresses that also open at the shoulders. In solid colours, they are made of locally-sourced fabric. Currently, the collection has 10 styles and Ashima says she will be adding to this.

To test the product, she sent a few samples of her work to her wheel-chair user aunt, whose daughter was finding it difficult to dress her; the feedback was encouraging. “The elderly are generally an ignored segment when it comes to clothing and styling, and there is huge potential,” she says.

While designing, she needed to take care of the different levels of ability. For instance, there are “those who can self-dress, but find it difficult to raise their hands or stand while dressing, like people with arthritis.”

Ashima is also working on stitched saris, a cross between a sari and a set mundu, complete with an elasticated underskirt. “For elderly women prone to osteoporosis and arthritis, self-dressing is a struggle, and inevitably it is a depressing shift from a sari to a “nightie”. It does not have to be that way; there is a lot of scope to still dress with elegance and dignity,” she says.

Tilotama wearing a shirt made by MoveAbility

Kottayam-based Joe Ikareth has been designing for people with disabilities since 2015 under Move Ability. It began with his daughter, Tilotama’s need for school uniforms, since she has a partially paralysed right arm. His wife Murielle, who is a movement therapist, aided in the conception. So it’s not surprising he has now taken the plunge with another segment: clothes for those with autism.

For starters, he sent some fabric samples to a child on the spectrum to test, and after a discussion with his mother, decided upon cotton viscose as the ideal material. He chose bold prints and added some magnets, which are concealed in the shirt’s placket. Joe was delighted that Sid loved the shirt and was excited by the sound of the magnets. “Children with autism are sensitive to fabric and it can affect their mood,” says Joe, who had designed for an inclusive fashion show recently. Though the show, which was to be organised by Raising Our Voices (ROV), a non-profit organisation working for the rights of women, in Kochi, had to be cancelled due to COVID-19, Joe says it introduced him to a range of possibilities in designing for people with autism. “Even within autism, there are varying degrees and each person has to be treated as an individual,” he says. 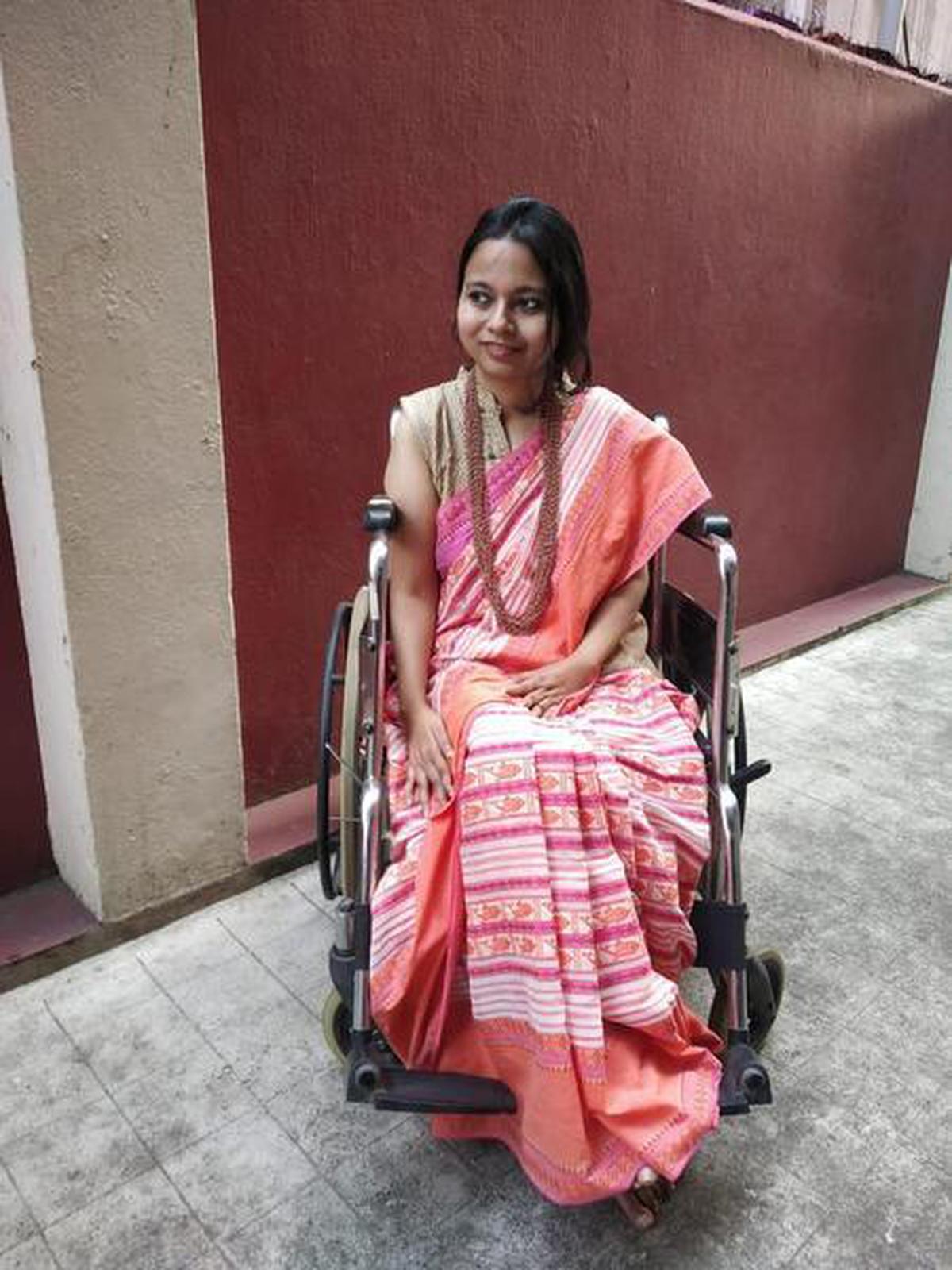 Soumita Basu in a sari designed by her

Soumita Basu, who has psoriatic arthritis, founded her label Zyenika a year ago to offer solutions for people who have various kinds of disabilities. “I started doing research and I had my own body to understand what I would have to do,” says Soumita, who is based in Kolkata. Soumita is a wheel chair user and before she launched her label, she spoke to a number of designers to get a few designs together. Her label has a wrap-up sari, which can be worn lying down and a slip on sari, which can be worn with little effort. She is working on a range of kurtas for men too, without buttons. Soumita says she is also working on adaptive inner wear for women and men.

Ekansh Trust, an NGO that works with people with disabilities, held an adaptive clothing design contest ‘Ad-dress’ last year in Pune to pioneer clothing designs for the differently abled. Fifteen design teams showcased their work on the runway. A year after the contest, founder of Ekansh, Anita Iyer says the Trust has come up with a catalogue of about 30 designs for people with disabilities. These designs can be accessed by anyone and modified according to their specifications and get it made to fit their body types. People can send in illustrations and ideas of designs, which would help people with disabilities. Ad-dress will be a continuing project of Ekansh, Anita says.

An eye for detail Parul Sachdeva — a designer who has her own women’s ethno casual range, Renati — brought out a capsule collection of clothing for people with visual impairment. The garments, which were made using textured fabric, had Braille tags attached to them.

“This would give the wearer an idea of what colour the garment is, what the pattern is, the details of the fabric and the like,” she says. “People with visual impairment cannot choose clothes with complex patterns; I believe, an initiative such as this would bring in some choice in clothing to them. It would also help them shop for their own collection,” she says.

Done as part of a college project (Pearl Academy for Excellence), in 2017, she had showcased the range of five garments at a show organised by the Fashion Design Council of India. Parul, who is based in Jabalpur currently, is hoping to launch 6 Dots under her label, Renati, once the COVID-19 situation is under control, she says. Mumbai-based Saakshi Mahnot, who works as a buyer in a company in Mumbai, created a range of weighted T-shirts for children with autism as part of her project, while she was a student at NIFT in 2016. Using deep pressure therapy, (which involves applying mild pressure on a child’s body as part of treatment), she designed a model, which “calms and comforts the wearer”. “Weighted vests for autistic children can help them organise their sensory organs and help the child balance his or her movement in the given space,” says Meenakshi Agrawal, a special educator and a certified sensory integration therapist.

“Wearing the T shirt, gives the same sensation as receiving a hug,” says Saakshi. After extensive research and working with Santosh Institute for Mentally Challenged and Autistic Children in Mumbai, Saakshi developed a prototype. She used cotton rib, a stretchable material and added six beach sand-filled pouches within the T-shirt. “These are not daily wear T-shirts, but a child with autism can wear it up to two hours a day, during therapy time.” These can be washed too, after removing the sand bags. Saakshi says she would produce them if there is demand.