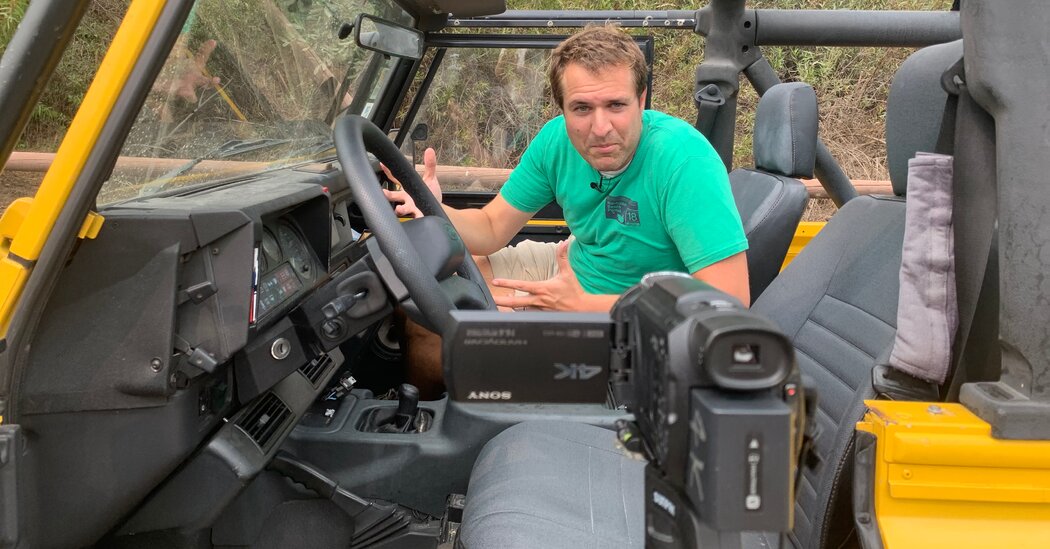 That audience helped propel the introduction of Cars & Bids.

With the sudden flood of submissions, Mr. DeMuro quickly got to work on his backyard patio with his co-founder, Blake Machado, and the four other members of the team, dealing with the onslaught while trying to socially distance.

On one of the top car auction sites, eBay Motors, the sellers submit pictures and write up a description. Cars & Bids wanted all its listings to have the same information. This required editorial oversight. Sellers must fill out a detailed questionnaire and submit upward of 100 photos. It’s a timely process.

“To me it felt exhaustive, but they held my hand through it the whole time,” said Nick Szabo, 33, a marketing product manager in St. Louis who recently listed his Porsche 944 Turbo on the site.

Even with the team working frantically, as soon as it would decide on a reserve price for one car, five other submissions would arrive.

Mr. DeMuro has built this audience with a personal touch. He comes off like a buddy telling you about a cool car. He rarely advertises products, and avoids gimmicks. For a half-hour at a time, he’s digging deep on all of a car’s quirks and features.

“I chose Cars & Bids because I follow Doug DeMuro’s channel,” said Andrew Johnson, who works at Authentic Motorcars in Redmond, Wash., and had been in talks with Mr. DeMuro to bring him some cars to review. Mr. Johnson, 31, sold his 2002 lifted BMW X5 for $12,700 on the site.

Bring a Trailer is Cars & Bids’ closest competition. Both sites mix online auctioning with a Facebook comments section. Sellers, potential buyers and onlookers will often have vibrant discussions for each car, which adds to the fun of seeing bids scuttle upward.