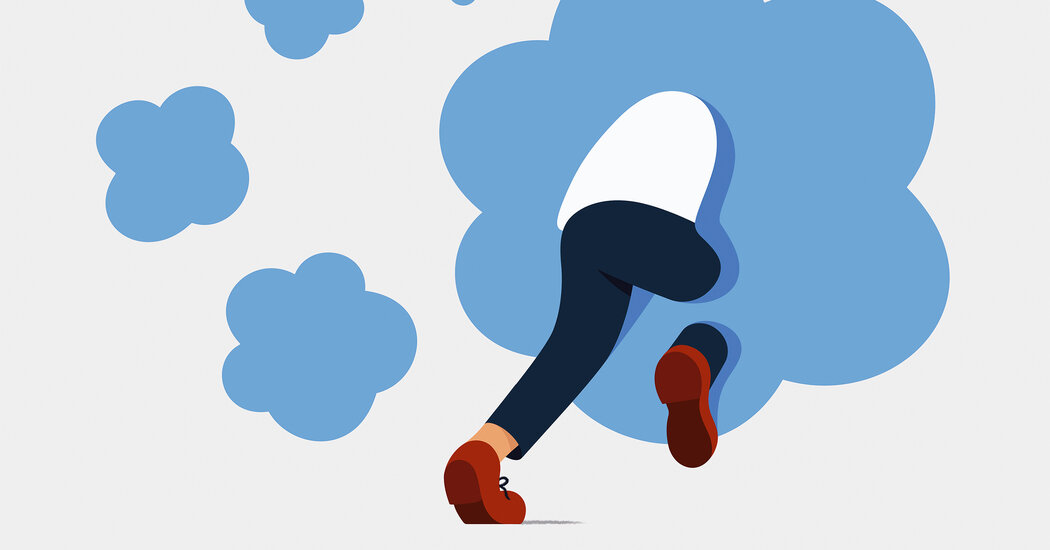 “Keep in mind, personality tests are not very good measures of things we don’t understand very well,” Ms. Bowes said. “You’re going to get a fuzzy picture, especially the first time through.”

The personality features that were solidly linked to conspiracy beliefs included some usual suspects: entitlement, self-centered impulsivity, cold-heartedness (the confident injustice collector), elevated levels of depressive moods and anxitiousness (the moody figure, confined by age or circumstance). Another one emerged from the questionnaire that aimed to assess personality disorders — a pattern of thinking called “psychoticism.”

Psychoticism is a core feature of so-called schizo-typal personality disorder, characterized in part by “odd beliefs and magical thinking” and “paranoid ideation.” In the language of psychiatry, it is a milder form of full-blown psychosis, the recurrent delusional state that characterizes schizophrenia. It’s a pattern of magical thinking that goes well beyond garden variety superstition and usually comes across socially as disjointed, uncanny or “off.”

In time, perhaps some scientist or therapist will try to slap a diagnosis on believers in Big Lie conspiracies that seem wildly out of line with reality. For now, Dr. Pennycook said, it is enough to know that, when distracted, people are far more likely to forward headlines and stories without vetting their sources much, if at all.

“As a rule, people don’t want to spread false content,” he said. “But at a time like this, when people are worried about the virus, headlines like ‘Vitamin C Cures Covid’ or ‘It’s All a Hoax’ tend to travel widely. Eventually, these things reach the Crazy Uncle, who then shares it” with his like-minded network.

Conspiracy theories about secret government plots will probably never go out of style, and at some level they function as safeguards against real conspiracies, official and otherwise. As for the bloodsucking, cartoon versions, those are likely to be keepers too, the new research suggests. They have a core constituency, and in the digital era its members are going to quickly find one another.