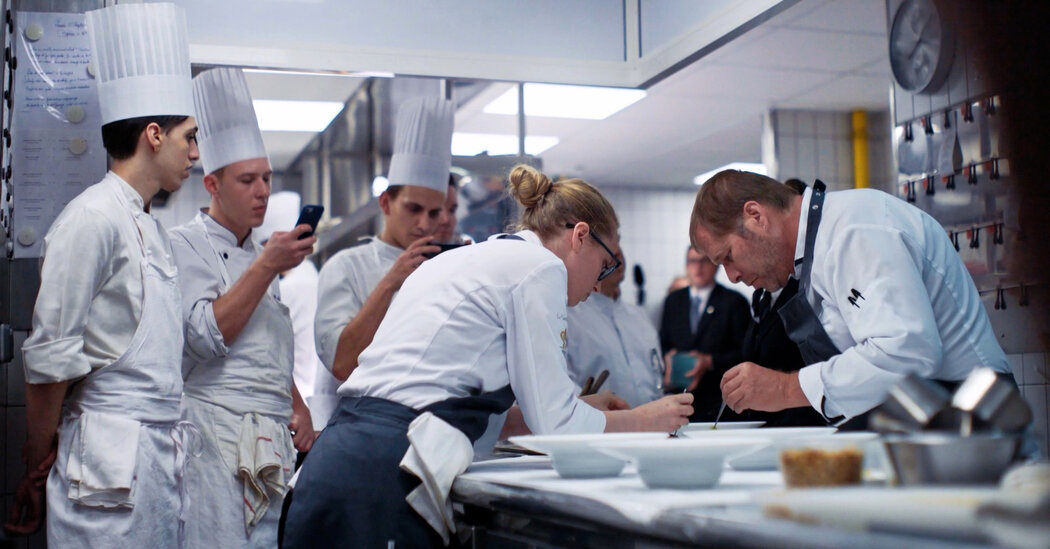 For the 15th anniversary of Manresa, his restaurant in Los Gatos, Calif., David Kinch took his entire kitchen team to France where they shared the cooking, including their own California style, in three notable kitchens alongside the French masters: Alain Solivérès at Le Taillevent in Paris, Gérald Passedat at Le Petit Nice in Marseille, and Glenn Viel and Jean-André Charial at L’Oustau de Baumanière in Les Baux-de-Provence. A 90-minute film, “A Chef’s Voyage,” recorded it all. It’s a feast, not just for the food shown in exquisite detail, but for the images of the countryside, the shore, and the streets and markets.