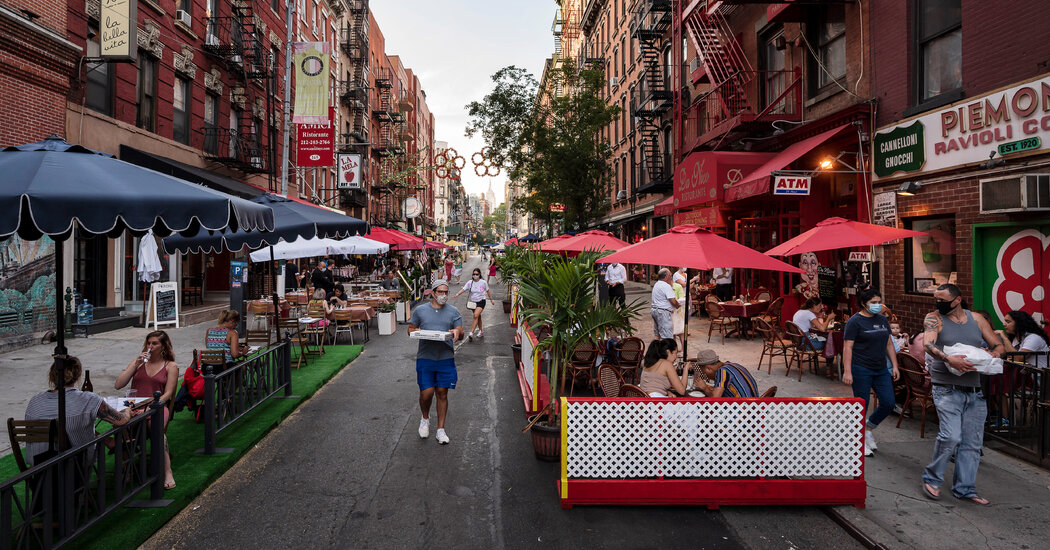 He has raised his prices by about 5 or 6 percent, he said, and has noticed that other places have done the same. Unless new, unforeseen costs arise, he said, “it kind of feels like price gouging.”

Philippe Massoud, the chef and owner of Ilili, a Lebanese restaurant in the Flatiron district, has not yet raised menu prices, though he says he has spent nearly $16,000 on outdoor-dining infrastructure and several thousands of dollars more on masks and gloves, which have risen in price. “I’m going through them like there’s no tomorrow,” he said. Mr. Massoud is also paying two employees just to manage compliance with all the safety guidelines related to Covid-19.

So he is thinking about adding a 1 to 3 percent charge. He likes the idea of the surcharge, he said, because he can use the mention of it on the menu to explain the need to customers.

That’s exactly the point, said Andrew Rigie, the executive director of the NYC Hospitality Alliance, which has about 2,500 members — mainly more established restaurants, hotels and bars — and lobbied for the surcharge. “This bill is only meant to be one tool restaurants can apply to try to survive right now,” he said.

While the surcharge is a temporary fix during the pandemic, the hospitality alliance and others have long demanded that the City Council allow it anytime. The current rules were put in place to combat billing shenanigans during a beef price spike more than 40 years ago, Mr. Rigie said.

“They finally did the right thing, now they need to make it permanent,” said the chef Russell Jackson, a veteran of restaurants on both coasts and the owner of Reverence, a tasting-menu restaurant in Harlem. He compared the new surcharge to a small one he imposed while running a restaurant in San Francisco, after that city made restaurateurs responsible for some extra health care costs.