Twenty years ago, Australian band The Avalanches emerged with their debut album, Since I Left You. Two decades later, The Avalanches and its remaining members, Robbie Chater and Tony Di Blasi, are returning with a 20th anniversary deluxe edition of the album, and they shared the news with a new remix of the project’s title track.

De La Soul’s de facto fourth member, Prince Paul, who has also reworked songs by the likes of Big Daddy Kane, Slick Rick, Queen Latifah, and more, is responsible for the exhilarating remix. The reissue of the band’s debut, which arrives on June 4, is jam-packed with bonus tracks and additional unreleased remixes that the band held in the vault over the years. It also includes appearances from Black Dice, Leon Vynehall, Sinkane, Carl Craig, and the late MF DOOM.

In a press release, Chater spoke about the original album. “I remember very clearly a few things,” he said. “We decided to not have any of our voices on it, which made it last because it’s a kind of transmission; nothing date-stamps it to that time.” He added, “Looking back, I’m proud of this record as a pure expression of joy and love, heart on its sleeve and is free from irony.”

The 20th anniversary edition of Since I Left You will be released in three formats — vinyl, CD, and digital — and will feature 33, 39, and 33 tracks respectively. The CD release also includes The Avalanches’ remixes of songs by Belle & Sebastian, Manic Street Preachers, Franz Ferdinand and more.

You can listen to “Since I Left You (Prince Paul Remix)” above.

Source: The Avalanches Announce The 20th Anniversary Edition Of ‘Since I Left You’ With A Remix Of Its Title Track

Tags
Home Page Indie Since I Left You the avalanches 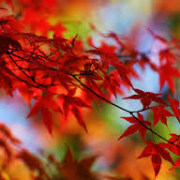