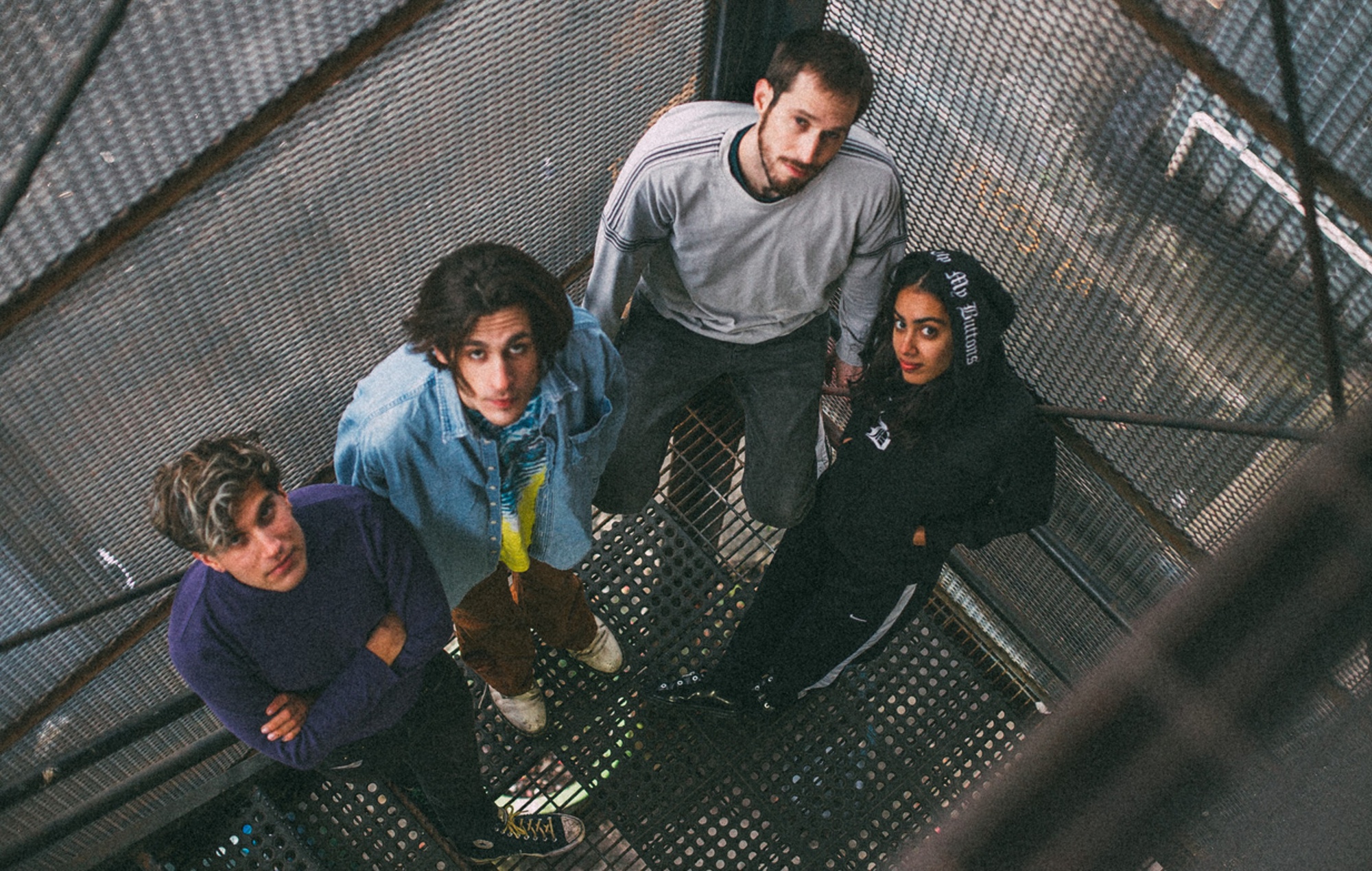 Crumb have returned with two new singles, ‘BNR’ and ‘Balloon’.

It follows the release of ‘Trophy’ last month, which marked their first new music since the release of their 2019 debut album ‘Jinx’. ‘Balloon’ and ‘BNR’ were co-produced by the band and Foxygen’s Jonathan Rado.

Both new tracks continue the band’s signature woozy, hypnotic psych-pop sound, with ‘BNR’ arriving with a music video. The clip, directed by Joe Mischo, follows vocalist Lila Ramani in a dichromatic world of black and red, the two colours the song is named after – watch it and listen to ‘Balloon’ below.

In a press statement, Ramani said ‘BNR’ was simply an ode to her two favourite colours.

“I had a weird obsession with those colors in winter 2018-2019 and felt like they would follow me around everywhere I went,” she said.

Ramani added that ‘Balloon’ was about a “a girl that dances so fast in the club that her head falls off”.

Crumb are yet to announce whether these new tracks will appear on a forthcoming album or EP to follow up ‘Jinx’. Speaking to NME last year, Ramani said their debut was influenced by months of constant touring.

“A lot of the experiences of being together on the road and that extreme versus being back in New York and not having a job have definitely made their way into the album,” she said.